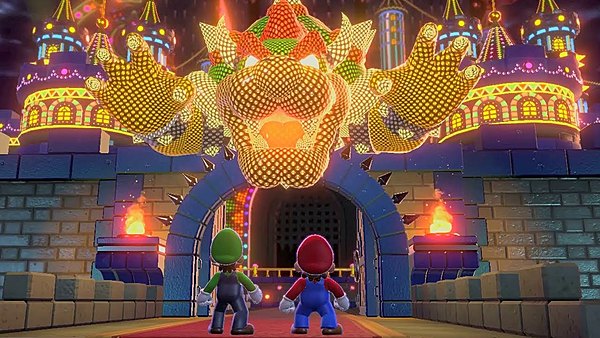 Yesterday we saw a wave of rumors come out about Nintendo's plans to celebrate the 35th anniversary of the Super Mario Bros. series. Those rumors included talk of re-releases and more for classic Mario games. Today we have a few more tidbits on what to expect, and how it'll be released. The info comes courtesy of VGC.

Again, this is all rumor for now, and when Nintendo was asked for confirmation, they said they don't comment on rumor or speculation.

- titles specifically mentioned as heading to Switch include Super Mario 64, Super Mario Sunshine, and Super Mario Galaxy
- this does not mean more titles won't be included, but these are the games verified at the moment
- these will appear as part of an anniversary collection, rather than standard ports to Switch
the name being used internally for the collection is "Super Mario All-Stars 2"
- Super Mario 3D World will be getting the "Deluxe" treatment, just like New Super Mario Bros. U Deluxe
- Super Mario 3D World Deluxe will include new levels, as well as other new content
- older Mario games not yet available on the Switch Online NES/SNES Collections may be added

Can we get the 3D World levels added back to Captain Toad now too?

I reckon this massive Mario load is what Nintendo is putting out there in November as their counter to PS5 and Xbox Series X. BOTW2 would have been a better counter but I doubt it’s ready.

All of this is awesome, but I hope they have plans for Super Mario Galaxy 2, arguably the best of the 3D games until Odyssey.

Having SMG2 would be great. Honestly I like SMG1 more for sentimental reasons. Regardless, I can't wait.

I'm still really skeptical. I just doubt Nintendo would sell all of those games together instead of separately at a higher price.

Even Odyssey is still $60. To just hand over all of their biggest sellers for peanuts is a little questionable. you

This is just too good to be true. I honestly think that it would end up being false in the end. Besides, remember that Metroid Prime Trilogy HD on Switch rumor did not happen?

We can still hope. They took their time but they made a Xenoblade Chronicles remaster that we never thought would happen.

That rumor is likely true. But the changes in development for Prime 4 kept it from being released. Anyway, I trust that rumor more than Miyamoto saying Pikmin 4 is almost done...

Ooh I hope the 3D World port includes playable Toadette and Pauline and they also launch with amiibo of them (even if amiibo is dead).

Edit: Idk the Switch online part makes it seem false and an April Fools joke. What Mario games are missing from Switch online? They are all on their already. The only thing missing is All-Stars unless Nintendo plans on rereleasing Mario is Missing, Mario's Time Machine, and Mario Paint on the service.

I think Super Mario RPG is still missing, right? That could be a big one.