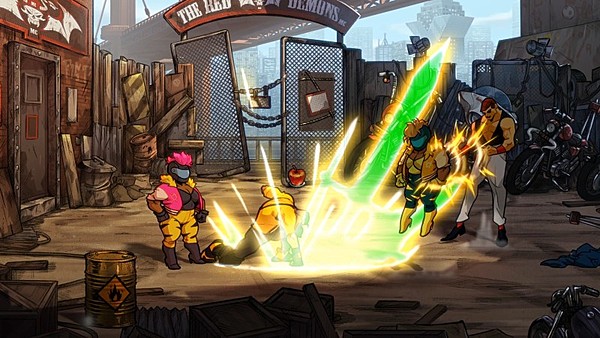 The Streets of Rage series provides some amazing beat'em-up action, but its become equally as well-known for its extremely catchy soundtracks. We recently saw that Streets of Rage 4 is going to include a star-studded team of composers to bring the new installment to life, and in an interview with Game Designer Jordi Asensio, we learn about the team's reason for going all-out.

Streets of Rage games are like music albums. It’s an adventure; it tells a story through the game. The music of the originals is so good that people, myself included, still listen to the soundtrack. So from the beginning, we wanted to give music the attention it deserves, and thanks to Cyrille Imbert (Dotemu CEO) and Alex Aniel from Bravewave Productions, we managed to find tremendous artists, and not only from the video game industry.

So why didn't you give the visuals the attention they deserve too? You know SOR isn't supposed to look like a Nickelodeon mobile game right?

Pokemon Co. teams up with Midea for a line of Pokemon-themed kitchen items
May 29, 21:36 by manazuishou
SELFY COLLECTION: Yume no Stylist heading to Switch in Japan on June 12th, 2020
May 29, 21:30 by manazuishou
GoNintendo Thought: Final Fantasy Crystal Chronicles: Remastered Edition is a chance for the game to really shine
May 29, 21:14 by thedreaminghawk
Switch eShop charts for May 29th, 2020
May 29, 20:38 by ridleysaria
The Way Remastered available for $1
May 29, 19:53 by enthropy
Final Fantasy Crystal Chronicles: Remastered Edition to include an "Imitate" system, plus other new features
May 29, 19:32 by rawmeatcowboy