GoNintendo Thought: Top $10 and under picks from the Spring Switch eShop sale

Let's wrap up the week's features with some games you can get great deals on, and then spend the weekend playing them! Hopefully I introduce you to a title or two you haven't checked out. As always, thanks for reading. 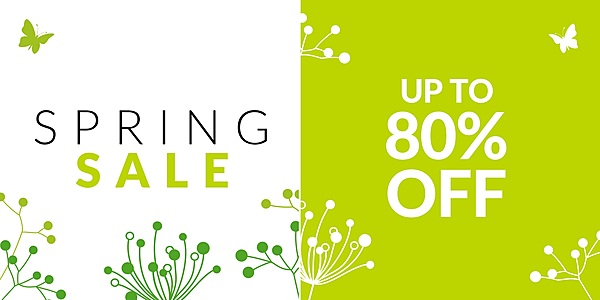 Nintendo is currently running an absolutely ginormous sale on the Switch eShop. There are over 300 titles that have seen temporary price drops of up to 80% off! There are so many games to sift through and so much great content that we thought it might help to offer up some guidance. We're obviously not experts on every game available as part of the Spring Switch eShop sale, but we can definitely pick out a few winners.

Rather than going through every single recommended game in the 300+ that are part of the sale, we thought it would make more sense to narrow things down a bit. Why not take a look at the games that are $10 and under thanks to the Spring sale, as they should give you the most bang for your buck. This should maximize the fun you'll have, all while keeping your wallet/purse a bit happier. 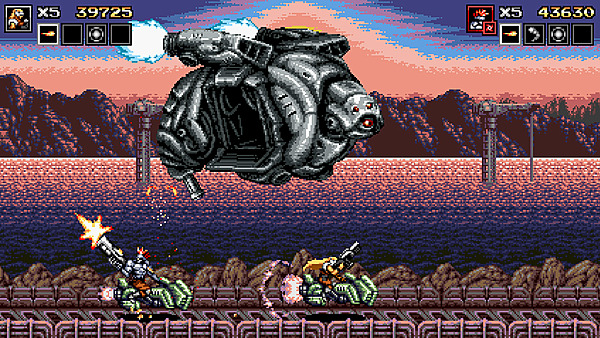 If you are a fan of classic Contra in any way, shape, or form, you absolutely have to grab Blazing Chrome. It's the ultimate love letter to classic Contra action, and in some cases, it even surpasses what Konami pulled off. The action is nuts, the graphics are deliciously retro, and the music gets your blood pumping. It may be a short experience, but throw in the multiple characters, different difficulties, and couch co-op, and you're sure to get more than enough bang for your buck. 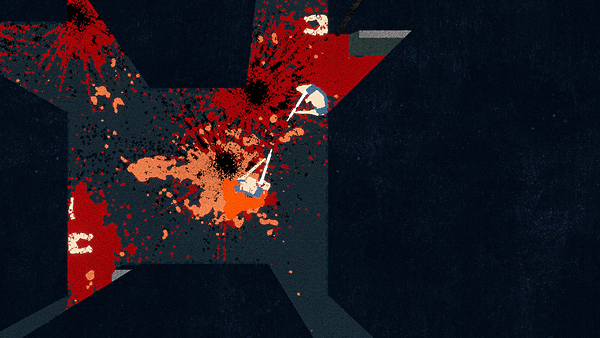 Ape Out is like a violent ballet, and I mean that as a huge compliment. You play as an Ape trying to escape a facility, and the whole ride from start to finish is over-the-top. It's all about making your way from one building to the next, smashing everyone and everything in your way in ridiculously gory fashion. There's a cadence to the gameplay that feels so good once you settled into it. It also doesn't hurt that the visuals are gorgeously experimental, as is the game's soundtrack. If you need to get out some frustration and feel like running wild, Ape Out is a perfect pick. 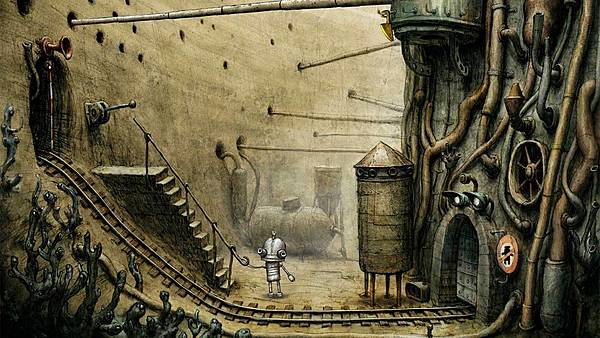 Machinarium is an oldie, but it's definitely a goody. Fans of classic adventure games will absolutely fall in love with this award-winning title. You take on the role of a robot that was thrown away in a junk heap as he makes his way back into the city to save his girlfriend. There are some absolutely devious puzzles in this game that'll keep you scratching your head, but thankfully you have a fantastic soundtrack to keep you company. The game's unique hand-drawn art only helps immerse you in the adventure. If you're up for a truly wonderful puzzling experience, this one is a must-have. 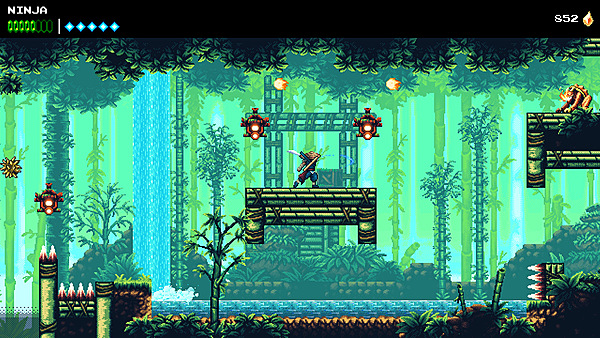 I honestly can't say enough good things about The Messenger. I truly believe it to be one of the best hidden gems on the Switch. I know the game found some success, but I don't think it ever hit the level of appreciation it deserves. It might look like a standard Ninja Gaiden clone, but there's so much more going on here. Sure, you might know about the 8/16-bit flip mechanic, but there's another big twist included that blew me away. Add in a killer soundtrack and some legitimately funny humor and you have one of the best deals of the Spring sale. 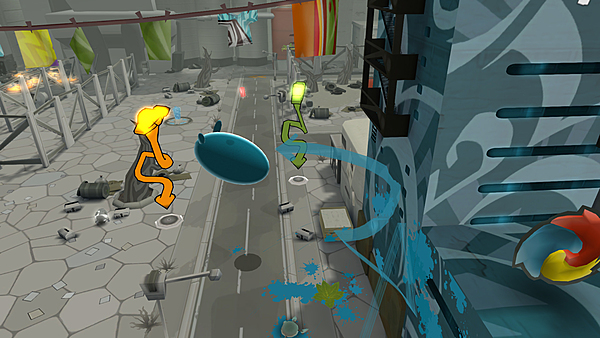 When the Wii was really firing on all cylinders and new owners were coming in fast, THQ decided to go all-out on an original IP. They gave birth to de Blob, which is still one of the most satisfying and interesting platformers around. You play as a blob that bounces around a city, trying to paint it with colors to bring life back to your fellow townsfolk....er, townsblobs. Bouncing between buildings while spraying rainbow colors everywhere really makes you feel like the game is coming to life around you, and it's just plain fun to play. The game also happens to have one of the best soundtracks on Wii; one I still listen to to this day! If you missed out on the original Wii release, grabbing the Switch revamp for just $6 is an unbelievable deal. 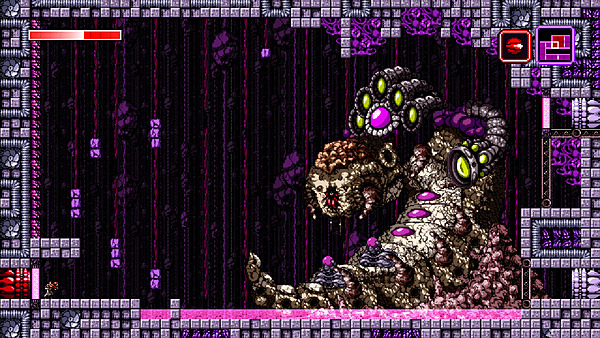 Axiom Verge 2 is making its way to the Switch, and as far as we know, Switch is the only console you'll find it on. With an exclusive sequel on the way, why not make now the time to play the award-winning original? An expertly-crafted Metroidvania that really goes out of its way to create unique boss designs and power-ups, Axiom Verge takes a classic genre and rejuvenates it. The whole thing is even more impressive when you consider it's the work of just one man! If you need a Metroidvania fix, this one will have everything you want. 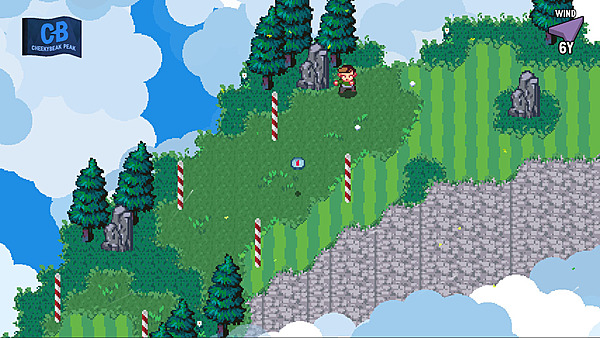 Golf Story was one of the first big hits on the Switch eShop, but there are still millions who haven't played it. Another title with a sequel on the way, Golf Story charms the pants off you right from the start, and keeps you entertained the whole way through. Part RPG and part golf game, Golf Story features a cast of fantastic characters, an fun story, and golf mechanics that feel oh-so good. If you miss the days of Mario Golf on the Game Boy Color, you're going to adore Golf Story. 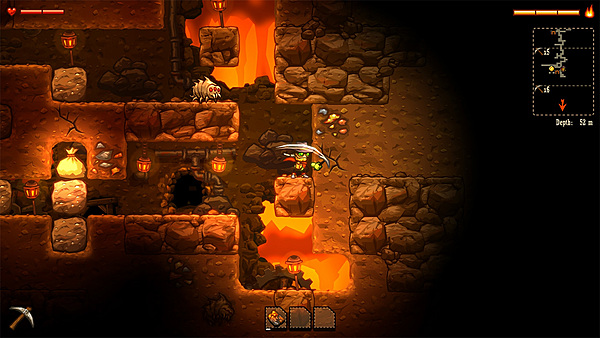 There's not a bad game in the entire SteamWorld franchise, but why not check out the game that really put the franchise on the map, and its fantastic follow-up? SteamWorld Dig is a Metroidvania that mixes in a bit of Minecraft and resource management to create an experience that's incredibly hard to put down. SteamWorld Dig 2 does everything the first game does, but on a much grander scale. Dig away underground, explore ruins, find power-ups, and discover what's really going on behind-the-scenes. Definitely one of the most well-made and enjoyable Metroidvania experiences I've had in the past 10 years, easy.

I know we're aiming for the $10 mark here, but you could get BOTH of these games for just $10.50. Use some of your My Nintendo Gold Points to knock 50 cents off that total and you're all set!

Not a bad game in that bunch, we promise. There are plenty of other great games included in the Switch eShop sale, but when we look at $10 and under, consider these the cream of the crop. Hopefully you grab a couple and enjoy the hell out of them!

Ape out and Axiom verge are excellent picks! I got Heave Ho and Golf Story myself, looking forward to play those.

Of these I'd recommend Axiom Verge the most; one of my favourite games. Then Steamworld Dig 2, it's so much fun!

On a related note, picked up Kunai myself based on RMC's praise and I'm loving it so far. Great feeling to the movement!

I can't agree more on the Messenger. I kept putting it off for over a year and playing it now feels like a dream. It's such a delightful game that is fair but punishing if you let it. Humor and story is great fun.

I completely agree. I just picked it up and it's basically the new Shovel Knight. Much more than any other game I've seen trying.

This was a great GN Thought! Bravo!

So thanks for the info RMC as I picked up The Messenger and Ape Out. Finally ! They're absolutely great, both of them.

Here's my contribution though :
- Bleed 1&2 is 5€. Bleed is very good and Bleed 2 is insane, INSANE levels of cool. At this price it's a steal.

Borderlands 2 - Switch/Vita/PS4 graphics and FPS comparison
May 29, 22:49 by bakfug
GoNintendo Thought: Final Fantasy Crystal Chronicles: Remastered Edition is a chance for the game to really shine
May 29, 21:54 by ridleysaria
SpongeBob SquarePants: Battle for Bikini Bottom - Rehydrated - "Welcome to Rock Bottom" trailer
May 29, 21:47 by hammergalladebro
Strawberry Vinegar - more gameplay
May 29, 21:43 by manazuishou
Pokemon Co. teams up with Midea for a line of Pokemon-themed kitchen items
May 29, 21:36 by manazuishou
SELFY COLLECTION: Yume no Stylist heading to Switch in Japan on June 12th, 2020
May 29, 21:30 by manazuishou