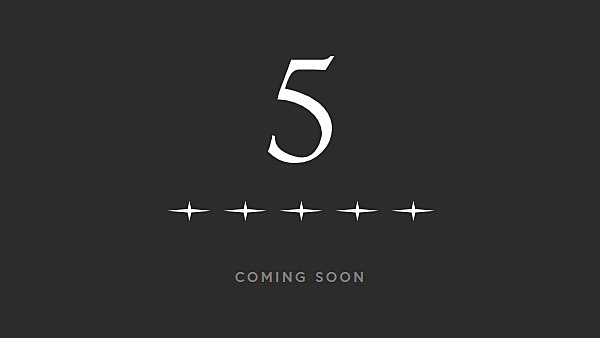 The fourth reveal in the Platinum 4 series ended up being an April Fools' Day joke, which rubbed quite a few people the wrong way. Waiting weeks and weeks to find out the 4th reveal was a joke was quite a bit disappointing. Turns out there was more to that joke than we originally thought.

Platinum is now teasing a fifth reveal in the Platinum 4 series. They're calling this a 'Bonus Stage' announcement, and apparently details are coming soon. To coincide with this reveal, a fifth star titled “????? – XX.XX.2020” has been added to the Platinum 4 website.

I think I don't care anymore...
The only announcement I was at least a little bit interested in was that new hero game. Everything else was dissapaointing (at least for me).

They must have gotten a lot of backlash for the joke. I definitely was gonna pre-order Wonderful 101 on Switch but that pre-planned "joke" wasn't funny and gave me doubts about how they make announcements.

Platinum has really started to rub me the wrong way, ever since the comments about wishing they could port the Bayonetta sequels to the platforms that don't deserve them.

I mean to be fair, that series does need a lot of help to sell. I still remember the original getting beat by Just Dance. The sequel was on Wii U and not even a combo pack with the first game and new costumes push the needle much. And on the Switch it might have sold better, but I didn't heard it like a great success. More than console warring, I'm just saying it's a series that isn't for everyone.

With that said, I do wonder how Nier Automata catch as much as it did, considering the story isn't for everyone either.

The only sales data I could find states

"Not for everyone" could basically sum up Platinum as a whole, they're almost always kooky and niche. I can't explain why Automata took off like it did either, it's quite the anomaly.

The more people that get to purchase and play a game, the better the series does and the more likely the series will continue. It's also quite odd to think the other consoles don't deserve them.

That they do and I know that. Also means Nintendo would profit from those sales if they decided to have it ported. Obviously it's unlikely.

No real reason they couldn't port Mario and Zelda to other systems. Again, unlikely to happen.

The sales for Bayo 1 were so bad on 360 and PS3 that no-one wanted to shell out for a sequel, Sega wanted nothing to do with it until Nintendo stepped in. There would be no Bayo 2 without Nintendo. I've also heard more than enough petulant whining from fanboys on those platforms that they can't get a sequel to a game that hardly anyone bought.

Exclusives are still important, Sony and MS fans have have enough games Nintendo doesn't, I think it's fair that Ninty gets to keep the sequels.

I also think it's fair for Nintendo to keep it exclusive. But I can also see a world where getting it onto other systems and/or PC would be beneficial.

God I hope this 5th announcement is a Bayo 3 trailer ffs! We have waited long enough, Jesus how long are Nintendo/Platinum gonna drag it out...

Yeah I'm getting fed up waiting for Bayo 3 news, it's clear that they announced it way too early.

So the Capcom 5 ultimately resulted in 4 games and the Platinum 4 will ultimately in 5 reveals.