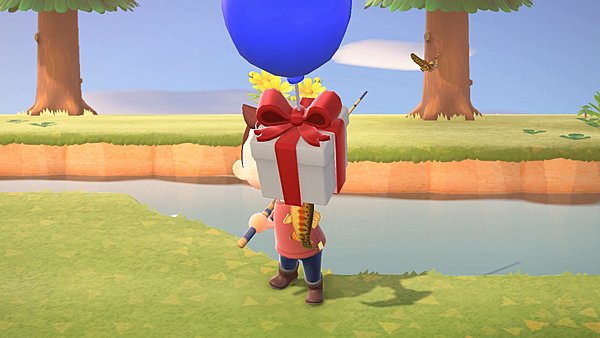 Even though Animal Crossing: New Horizons just got an update to Version 1.1.2 earlier this week, Nintendo has already fired out yet another patch. This brings the game up to Version 1.1.3, and the official patch notes say that Nintendo has fixed an issue where balloons stop showing up. We reported on that issue just yesterday, which was impacting quite a few players. Now it's not a worry anymore!

Whenever I write a story, I proof read it a million times and then as soon as I show it to someone, they always immediately point out mistakes.

Angels on Tanks Kickstarter launches, asking for a bit over $2K to come to Switch
May 30, 10:31 by ermenpalmer
Saber Interactive says Switch owners will be "surprised at some of the upcoming titles"
May 30, 10:29 by ermenpalmer
GoNintendo Thought: Final Fantasy Crystal Chronicles: Remastered Edition is a chance for the game to really shine
May 30, 07:58 by manazuishou May 30, 04:28 by smasher89
Amazon France adds a placeholder listing for a game from Konami on Switch
May 30, 06:10 by conangiga
Nintendo restructuring their Brand Ambassador Program
May 30, 04:27 by smasher89