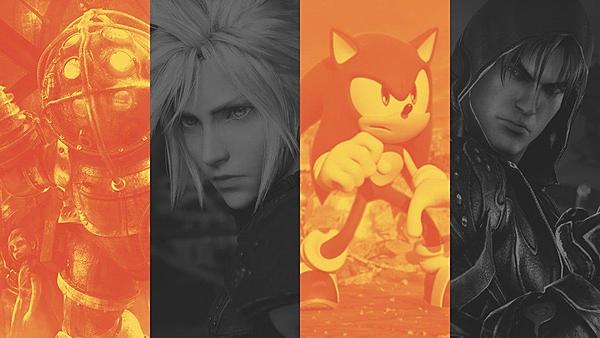 IGN is proud to announce our new Summer of Gaming event, a global, digital event set to begin this June to bring you the latest news and impressions around upcoming games and the next generation of console hardware.

IGN will be collaborating with a number of partners for the Summer of Gaming, including 2K, Square Enix, SEGA, Bandai Namco, Amazon, Google Stadia, Twitter, Devolver Digital, THQ Nordic, and more. Expect more details in the coming weeks. The event will include live broadcasts and on-demand programming featuring IGN's editorial coverage of the work of game developers from around the world.

With E3 2020 cancelled, IGN has a suite of programming planned to kick off in early June. It includes publisher presentations with IGN pre- and post-discussions, remote developer interviews, hands-on demos and preview impressions, gameplay, and news segments recapping the biggest announcements.

Audiences at home around the world can participate as well, sending in reaction videos, voting on favorite announcements, and more.

IGN’s global coverage spans 112 countries and 25 languages and aims to ensure that fans can enjoy this incredible digital experience regardless of what device or platform they use. IGN’s live programming can be accessed on any one of IGN’s more than 20 platforms, including desktop, mobile, OTT, Twitter, Facebook, Instagram, Mixer, Twitch, Snapchat Discover, TikTok, and more.

"With the next generation of console gaming kicking off later this year and gamers eager to learn more about what games they’ll be playing on their new hardware, our online event will be a key moment for publishers and developers to connect with the audience worldwide," Peer Schneider, Chief Content and Product Officer at IGN, said in a statement alongside the announcement.

“More and more people are turning towards video games for entertainment and escapism. Last week we saw new records for traffic across all of our platforms — we’re excited to bring this Global, Digital Event to our audiences and partners- as this will be an event not to be missed,” Yael Prough, EVP and General Manager at IGN, said in a statement as well.

IGN will bring you more information on the event in the weeks to come, but stay tuned for all the latest on our Summer of Gaming.

IGN's been dead to me for so long.

I'm looking forward to this! If we are still locked down then i will be desperate for something akin to E3 coverage.... Interesting that Amazon is listed....

Google hasn’t given up on that floptastic garbage yet?

This is a nice way to partially make up for the lack of E3. What I wonder is how next gen reveals are going to be handled. Originally I believe that M$ and Sony would have revealed the hardware and some games on their own events prior to E3 and then we'd get a bunch of third parties showing us their stuff. Who knows what will happen now.

Pokemon Co. teams up with Midea for a line of Pokemon-themed kitchen items
May 29, 21:36 by manazuishou
SELFY COLLECTION: Yume no Stylist heading to Switch in Japan on June 12th, 2020
May 29, 21:30 by manazuishou
GoNintendo Thought: Final Fantasy Crystal Chronicles: Remastered Edition is a chance for the game to really shine
May 29, 21:14 by thedreaminghawk
Switch eShop charts for May 29th, 2020
May 29, 20:38 by ridleysaria
The Way Remastered available for $1
May 29, 19:53 by enthropy
Final Fantasy Crystal Chronicles: Remastered Edition to include an "Imitate" system, plus other new features
May 29, 19:32 by rawmeatcowboy