Sounds like there's quite a few hurdles
05 April, 2020 by rawmeatcowboy | Comments: 4 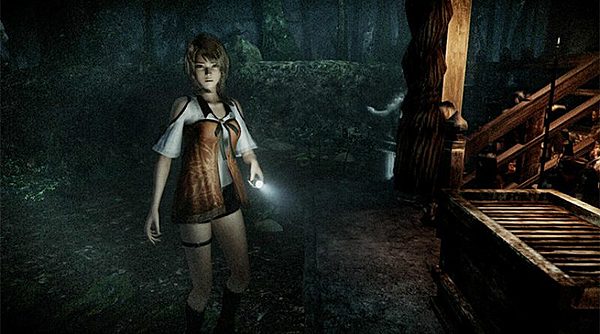 Would you like to see a brand-new Fatal Frame entry on the Switch? How about a remaster of Fatal Frame 2, or Fatal Frame 4, which never saw release in the states? These all sound like good ideas to series producer Keisuke Kikuchi, but he's not in a position to make that happen.

In an interview with NintendoEverything, Kikuchi talks about interest in all the ideas mentioned above, but makes it very clear that these things could only happen with Nintendo's blessing. On top of that, even if Nintendo gave the go-ahead, Kikuchi is quite busy with other projects at the moment. Check out his full response below.

...even though I have these hopes, this is a series that Nintendo publishes for us and I only handle the development. So even if I were to say I want to make another game, that doesn’t necessarily mean that’s what will happen.

...As for Fatal Frame 2 and 4, Nintendo handles the publishing rights, so we don’t exactly have a say in that matter. Another factor would be is that I’m basically overseeing the Gust brand at this moment, and to secure production lines and team members, in the short-term it would also be very difficult, but in the long run I’ve never really given up the idea. So in the short-term it’s not exactly realistic at the moment.

I tried a bit of the last fatal frame on Wii U with the digital demo and it had potential. Really is a shame how this series is so difficult to get overseas. I'm fine with long term, but please don't ignore this series to death.

Does Nintendo own the whole series or just some installments? Here's hoping Fatal Frame hits Switch in the future.

Nintendo owns the publishing rights to this series since the Wii era. 1 through 3 already existed, however Nintendo and KT made FF2 Wii edition, then went on to make FF4 (on Wii) and FF5 (on Wii U). This probably means that Nintendo doesn't actually own the IP, the IP still belongs to KT, however Nintendo holds the right to allow the the games to be made or not. They also own Spirit Camera, a FF spin-off. In the end FF2WiiEd, FF4, FF5 and SC are Nintendo games.
So technically, they don't own FF1 and FF3, until they decide to port, remake or remaster them.

Fatal Frame on the U had a ton of good ideas. It wasn't perfect but really pretty damn good and with XenoX, Zombi U and Mario Maker, NintendoLand... it was part of the very few games that really tried to prove the concept behind the hardware.