ToeJam & Earl: Back in the Groove being updated to Version 1.6.1 this week, Switch hotfix also in the works 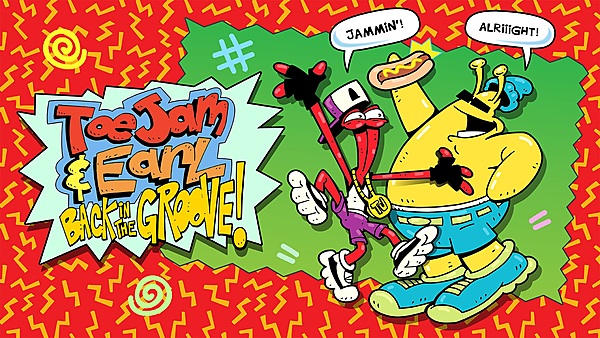 ToeJam & Earl: Back in the Groove is getting its next big update this week. Versino 1.6.1 is live on Steam right now, and will drop in a few days on Switch. That goes along with a hotfix that is coming to Switch specifically as well. Check out full details on the update below.

Spring Shoes only disable when actually near Elevators

Dropping a present on water makes it poof away

Allow shooting/throwing tomatoes from an innertube in water

Adjust present timer to show when multiple presents are running

Fix Duplicate Present from duplicating itself

Removed ‘level cap’ on presents in all modes. This means you can find ALL presents from the beginning of the game. We originally had some of the better/more evil presents (Icarus Wings, Total Bummer, Promotion, etc) only available after you reach a certain level.

Hidden Synergies are present combinations that when used the correct way will provide new effects.

Find the hidden synergies and reach out to us when you do! We may have a special surprise for you!

Again, once we are sure everything isn’t going to implode on us we will begin launching this update out on all consoles. Coming with the final release of the update will be an all new and improved version of the Dancing Mini Game to make it a bit easier for players to land those perfects and get funky with flawless performance!

While we gather data from this update we will also be launching a quick Switch hotfix that addresses some of the crashing issues players are facing when trying to join an online game.