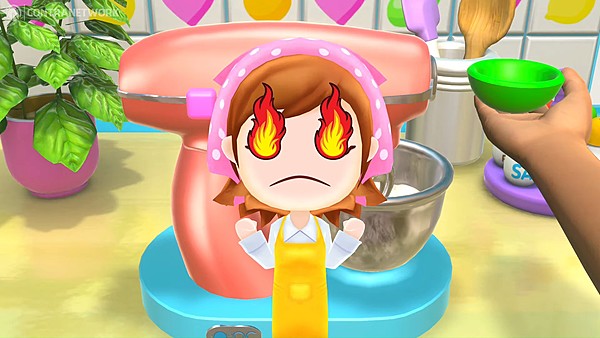 The situation behind Cooking Mama: Cookstar's release is absolutely wild. We went months and months not knowing when the game would release, and even though the retail version is now available at random spots, the eShop version is still a big question mark. We reported that it was available to download for a short while, but was yanked without explanation afterwards. The game still hasn't returned to the eShop, which has lead internet sleuths to doing some detective work in hopes of an answer.

This lead people back to a press release from Aug. 2019 that stated the game would have some sort of blockchain technology. Even when first announced, that information rubbed people the wrong way. Throw all of this in with the speculation circling about, and some people have said the game was yanked from the eShop due to the game secretly mining cryptocurrency. This has lead to the developer providing a statement where they say this simply isn't the case.

The story doesn't end there, though. While the developers claim there was never any code in the game for cryptocurrency, blockchain, or data collection, others claim that content was there and ended up getting removed before launch. As to whether that has anything to do with the game briefly appearing on the eShop before disappearing, your guess is as good as ours.

Isn't that something someone who was mining for cryptocurrency would say.

What a strange situation! I hope we get some kind of answer, I'm very intrigued.

I remember reading the article about the Cooking Mama game last year and I thought, Why is a game like this using blockchain technology? It would make sense if it was a mobile game (use the blockchain stuff for in-game currency as well as online interactions). Using it for anything else seems like overkill.