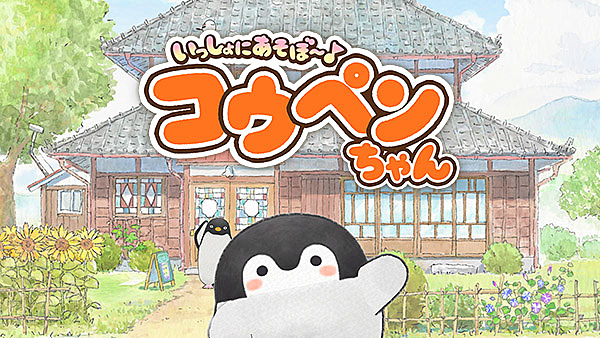 Neos Corporation has announced the four-player party game Issho ni Asobo Koupen-chan for Switch. The game will see launch sometime in Summer 2020 in Japan, and will be released both physically and digitally for 5,500 yen.

Issho ni Asobo Koupen-chan features Koupen-chan, who was created by illustrator Rurutea. The game aims to give players a casual everyday life with characters living happily in an old house while conversing and helping out. Issho ni Asobo Koupen-chan features cooperative and competitive gameplay, alongside events, missions, and more. These can be activated by having conversations with characters. Complete missions to earn “Flower Stamps,” which allow you to unlock special game-original stories.

This could end up being a snoozefest gameplay-wise and I'd still play it for the penguins.