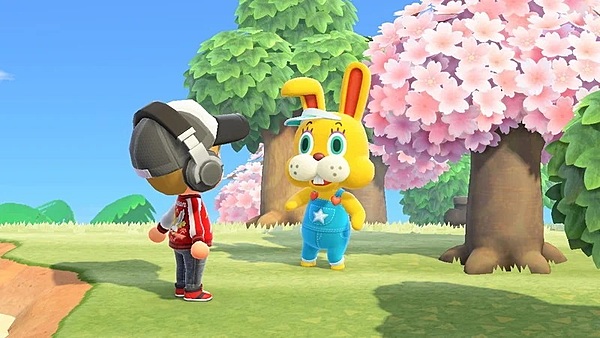 I don't think I've seen Nintendo crank out this many updates for one game in a week...ever! Nintendo has updated Animal Crossing: New Horizons to Version 1.1.4 (or 1.1.4a depending on your region), and it includes the following tweaks. 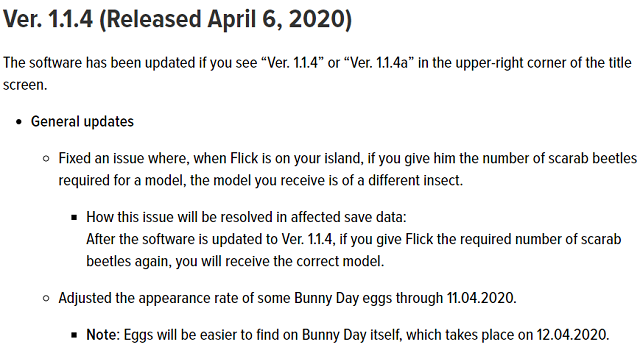 I haven’t had any problem finding eggs. If anything the amount of egg balloons is kind of annoying now.

I’m guessing the adjustment means the egg drop rate will be lower until Easter, not higher.

That would make more sense for sure. Guess we’ll see.

The patch is to reduce the amount of eggs.

The eggs are alright, it's the egg crafting recipes I'm worried about.

Now if only they could adjust the amount of sea bass...

Idiots complaining about the amount of egg balloon. Just don’t shoot it. Besides, you need to shoot down 300 balloons to get the golden slingshot recipe. This is the perfect time to get those numbers up. I easily just ignore the rainbow balloons and just focus on the solid colours. Really don’t understand how difficult that is.

So yeah...we can ignore it, but shooting it down means we can speed up the time for a new balloon to spawn since only a certain amount of balloons can be in the sky at once. Sakura season ends earlier so I get how annoying it is to have egg balloons constantly instead of normal balloons.

The spawn rates for the normal balloons are independent of the bunny day balloons. Sometimes you will notice that you can have both types at the same time in the sky and sometimes you could even see two bunny balloons and one normal.
However this is also why I agree that they should have been nerfed though. The amount of bunny balloons is just overwhelming and for an event that lasts 12 days it becomes tiresome to always hear the flying balloon sound and constantly be disappointed.

If Nintendo could also work on improved loading times that would be great.