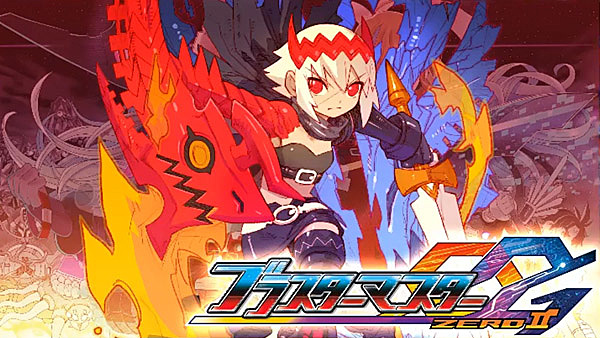 “For the Empress, we took her abilities and gameplay elements from Dragon Marked for Death and remade them so they fit seamlessly into Blaster Master Zero II. We really did whatever we could to recreate her signature attacks. In the top-down segments, we gave her some new moves with the addition of her counterattacks… This really sort of brings it all together for the Empress’ Blaster Master Zero II gameplay.

Now, she doesn’t have quite as many abilities as the last EX character, Copen, so when she comes across a hurdle she can’t clear on her own, hop aboard her special Metal Attacker, the D-ATTACKER, and start exploring. Does the ‘D’ stand for ‘Dragon,’ or ‘Dragostea,’ or…? Anyway, this tank doesn’t just look different, things like aggro indicators, damage display, and more were added to really maximize the Dragon Marked for Death-ness of the whole experience, so I hope you have a great time with the new content.”

Inti Creates will be hosting an English live-stream tonight at 11 PM ET to showcase more footage of the Empress DLC. For now, you can check out the debut trailer for the DLC below (9:57 mark).

Oh sweet! It sold more than the first one at that!

Hopefully this means that we can expect the third game to come!

Nice !
I know Inti-creates probably hopes to sell more DMFD with this but for me it's actually the other way round. I might end up getting BMZ2 because of that.