Animal Crossing: New Horizons NPC chatter has fans hoping Brewster and more are on the way 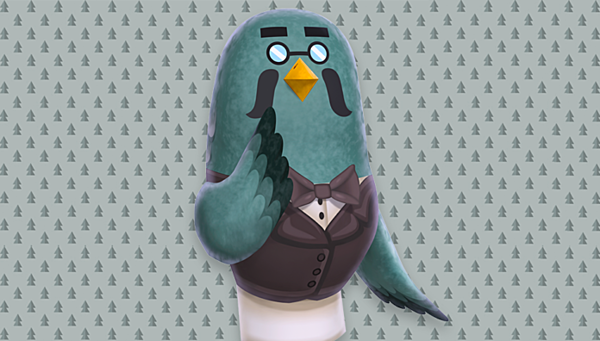 Nintendo always had plans to release new content for Animal Crossing: New Horizons, but you can bet they're working extra hard on the updates with the game being such an insane hit. While we don't have details on what goodies are coming our way, fans are thinking in-game characters are giving hints on what's to come.

In particular, players have been encountering NPCs who reference the art gallery section of Blather's museum, as well as Brester's delicious coffee. Now these could just be callbacks to previous Animal Crossing games, but again, fans are hoping these are minor teases of classic features that will make a return. Nintendo isn't talking just yet, but hopefully they confirm the speculation in the near future.

I saw someone say they recycled text from previous games, considering how unfinished and barebones New Horizons is and that it's lacking basic Animal Crossing content that is THE BARE MINIMUM that they could have included and SHOULD ALREADY BE IN THE GAME, I'm more inclined to believe that they were lazy and uncaring enough to just recycle lines than that the lines are hinting about anything.

The whole point is to drip feed content over the course of a year or two. The game has already sold millions, and you can continue to keep up hype. Welcome to games as a service.

Yeah well maybe give us NEW content over the course of a year or two not content that every other AC game has had by default.

Sadly this is Nintendo's MO nowadays release unfinished/barebones multiplayer games and finish them later but use the "keep fresh" excuse to justify it.

Then theirs games like Splatoon 2 and Mario Maker 2 where the games felt complete at launch but only because a lot of the stuff was recycled from the first game and a lot of the brand new stuff ended up coming later through free updates and in Mario Maker 2's case is getting slowly drip fed.

Then their is Pokemon Sword/Shield... A game clearly rushed to market that lacks content and said content that should have been in the base game is now being sold as $30 DLC packs...

I hate this approach and wish Nintendo would stop doing it. But I understand why they do it. They need to hit release deadlines and the Switch has proven that no matter what Nintendo does these games will break sales records regardless. People are eating this shit up (myself included excluding Pokemon) so you cant really blame Nintendo. Is it an inconvenience for people who dont always have good internet to download constant updates? Yes of course but thats the world we live in nowadays in terms to gaming. The only positive thing I can say about this compared to 3rd parties at least Nintendo's updates are usually quick and require very little memory space so props to that I guess...

To be fair, there are two main reasons why the devs could have decided to go the way of updates like they did instead of including everything from the start. The first is to discourage time travelling, which is already obvious by how the events are updates locked to a date. The second is so that time travellers and dataminers do not spoil the game for others who don't want to be spoiled.
I'd argue that this is not "games as a service" because it is free and it shouldn't make any difference to you if you played the game normally like before. In New Leaf, it could take 2 months or more to get the café and even more to get other features. AC New Horizons as it is, is feature complete if you played normally as it shouldn't make a difference.
I am not excusing the devs, but there are plenty of reasons why they might be doing things the way they are and this is far from being the same problem that it is in games like Splatoon 2 or ARMS.

Honestly, I just think it's really stupid they've locked the third and fourth shop upgrades behind an update that may jot come out f rom anywhere from 2 to 6+ months, especially when the shop has barely anything in it even after the first upgrade.

I've never really seen the point of the coffee shop and Brewster, though I know some people just love the guy.

Last week I saw a few of my villagers drinking coffee, sitting on stools in the Residential Services area. I got the distinct impression that I would eventually be making a coffee house to facilitate this kind of action.