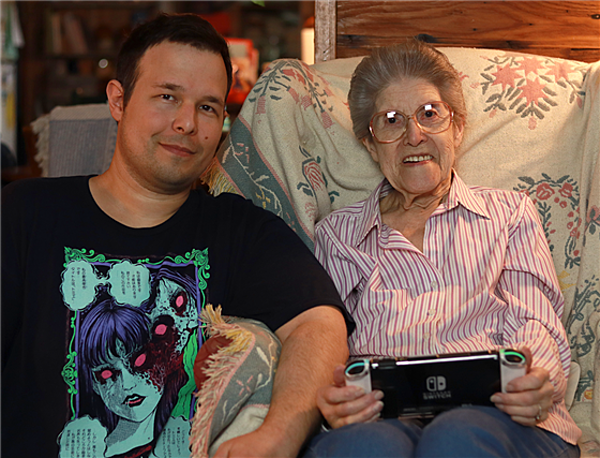 We've been talking a lot about Audie, the 89-year-old Animal Crossing superfan who put over 3,500 hours into Animal Crossing: New Leaf. The original story of Audie's New Leaf regimen spread far and wide, reaching millions of fans via all sorts of blogs, videos, and more.

Just the other week, some fans were wondering if word of Audie made it back to Nintendo. In Animal Crossing: New Horizons, there's a new character named Audie, which is quite a unique nickname. Many saw it as a tribute to the real-life Audie, but nothing has been confirmed.

Believe it or not, the team at NBC's Today show put together a feature on Audie and her Animal Crossing fan status this week. In the feature, they talk about speculation of an Audie tribute in New Horizons. This lead Today show staff to reach out to Nintendo for comment. Unfortunately, they say Nintendo was unwilling to comment on the matter.

Maybe they don't want every Grandma and her dog vying to get into Animal Crossing.

Audie is in my village. She's a bright, colorful wolf, and resembles a grandma in name only, I suppose.

Legal complications, if depictions of any real person are anything other than "coincidental" for the record.