Fire Emblem: Three Houses devs talk about the challenge of adding in more save slots

"Messing with save data can be incredibly scary!"
11 April, 2020 by rawmeatcowboy | Comments: 3 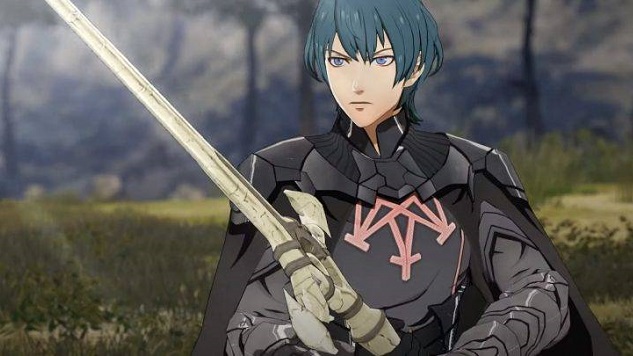 When Fire Emblem: Three Houses was updated to Version 1.1.0, it increased the number of save slots all the way up to 25. This was quite a bump up from the base game, and apparently adding in those save slots was no easy task! Directors Toshiyuki Kusakihara and Genki Yokota explained the situation in an interview with Nintendo Dream magazine. Check out the translation courtesy of NintendoEverything below.

Yokota: The increase in the number of save slots was pretty impressive. The proposal originally came from Koei Tecmo, actually; messing around with save data can be incredibly scary due to bugs, though, so generally we wouldn’t increase the number by that much. Despite that, I was grateful that so many people had played through the game, and I definitely understood players wanting to be able to keep saves so they could watch their favorite scenes later on. It was a challenge, but we decided to face it – I was grateful that Koei Tecmo had suggested it in the first place. In the end there ended up not really being any problems! (laughs)

Kusakihara: In the past you couldn’t really have that many save slots due to memory limitations; having worked on games for so long made us a little more careful. In the DS games, for instance, you could only have up to three save files.

Yokota: The increase in the number of files all at once took me by surprise!

Kusakihara: In the end the players were happy, so I’m glad we took the challenge head on. I think it’ll depend on how much content there is, but I think next time we’d like to start with a lot of files from the beginning. (laughs)

I'm really glad they increased the save slots and I hope that they keep the increased number for future games as well, having only 3-5 save slots is pretty limiting

Agreed, especially since numerous difficulty modes are offered, along with branching stories.

One thing still bothers me though, as I have almost 200 hrs logged on this game, is that its performance seemed to really take a hit after the last big update. It just doesn’t run as smooth as it used to. More stuttering and slowdown.

So how many save slots would I need to do a waifu marathon?