Masahiro Sakurai comments on the pandemic, the situation in Japan, and more 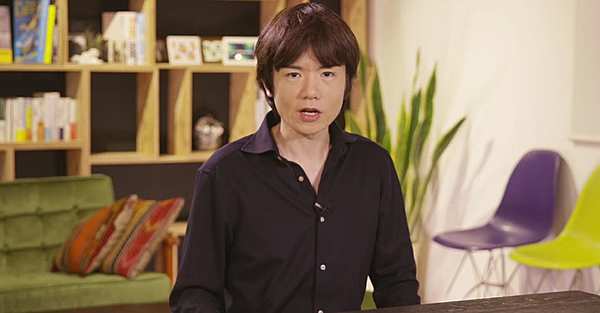 Masahiro Sakurai has taken a different approach for his latest feature in Famitsu. This time around, he talks about the current pandemic, essential workers, and more. Check out a summary of the article below, courtesy of Sephazon.

- Sakurai notes that Japan had cautioned against people going out, but with lacking enforcement
- Sakurai felt it was a loose warning and did not capture the crisis at hand
- when Spain announced that any unnecessary work was prohibited for two weeks, Sakurai felt similar worldwide announcements would come
- Sakurai says that in normal times all jobs are essential, but now it's necessary to think in alternatives
- Sakurai believes it's important for the government to stop people from gathering as quickly as possible
- Sakurai notes that there's a strong sense in Japan for office workers to go to work no matter what
- Sakurai doesn't want to argue about his job being necessary/unnecessary, and sees entertainment jobs as the first to go during such a crisis
- Sakurai does state that playing video games during such a time can be helpful during the crisis
- Sakurai says the death of comedian Ken Shimura from the coronavirus has lead to more people taking it seriously
- Sakurai notes it's important to avoid contact with people and take extra precautions
- Sakurai has been spending his time playing Animal Crossing: New Horizons and J.J. and Jeff

Meanwhile idiots in the US are ignoring guidelines and making things worse. We have more cases than any other country and it's still exponentially rising but people don't care. Literally the only country in the world that is this stupid...

There are also protests in Michigan where people are purposely crowding the streets of Lansing to protest the governor's decision to enact a statewide stay-at-home order.

It's quite an odd way of thinking, but it's not that they're not taking the pandemic seriously, but that they don't feel their lives, or the lives of those around them, are that important compared to other things. Depending on where in the country it is, it is either the sacrifice of oneself for the good of the whole (Indiana, Texas) or independence from authority at all costs (South Carolina, Florida).

There's a CNN editorial on this: https://www.cnn.com/2020/04/07/opinions/the-south-and-coronavirus-bailey/index.html

That being said, Japan's PM Shinzo Abe has been really, REALLY slow in responding to this. He is the second-slowest of any industrialized nation (behind Jair Bolsonaro, of Brazil, who has been trying to overturn stay-at-home orders at the state and city levels, and possibly whoever's in charge in Sweden, who's been doing similar stuff as Bolsonaro) and has made half-hearted attempts at stopping the virus at best. The reason Japan's numbers have remained low is because COVID-19 testing has been severely bottlenecked, and he issued two face masks per household (which aren't going to last either) while seemingly unaware that Japan lacks the infrastructure to work from home, even office jobs where one logically could do that.

I know, bakatono is hilarious!, He will be missed. T_T

Sakurai is playing J.J. and Jeff? lol he always comes off as unintentionally awesome to me.

The Japanese version of JJ and Jeff stars 2 Japanese comedians, one being the recently passed Ken Shimura.

He's a millionaire who can afford to stay home.

Yeah, but he has worked his ass off still. He might have the money, and for all we know he might be using it to help others, but he can still be a workoholic!

Millionaire or not the guy is addicted to his work in a way that verges on unhealthy. (~_~)

Sakurai: It was like my food had come into contact with them or something. But I cook my food thoroughly… Why did I get sick?

Interviewer: Uh, so… Do you take some time off when that happens?

Sakurai: No, I don’t. I just get an IV drip and go to work like normal.

Interviewer: Are you serious?!

Sakurai: I guess I’m a hard worker? (wry laughter) I’m a freelancer, so I don’t have any strict rules on my time. As long as I can complete the game, I could show up to the office once per week and I think it’d be within the realm of forgiveness. But instead I make sure I come to work every day and write proper daily reports and such. I’m always working, but there’s a lot of things that keep me in good spirits!

Interviewer: That reminds me of when you said, “I wonder if I’ll ever get to take a break.” (laughs)

Sakurai: Oh, but I did take some vacation this year for three days (December 22nd through 24th). I don’t think I can take a lot of time off around the holidays, though. We’re still developing our DLC, so my staff would have to handle my share of the work. We’re releasing Joker soon, and they wouldn’t be able to consult with me on him.