Success of the SEGA AGES line could lead to more Puyo Puyo and Sonic releases, SegaSonic the Hedgehog mentioned 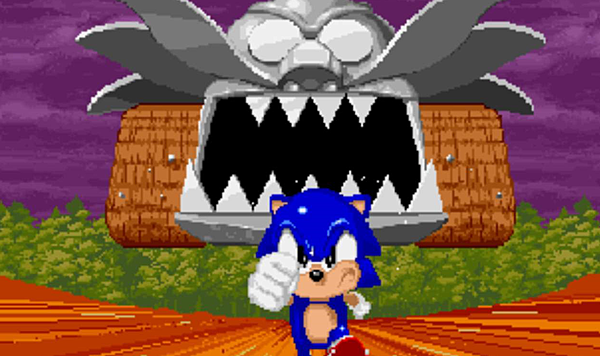 If you want to see more installments in the SEGA AGES line, you'll have to support what's out there right now. A Game.Watch interview with SEGA's Yosuke Okunari reveals that more installments in both the Puyo Puyo and Sonic franchises could get the SEGA AGES treatment, but it all depends on how the current titles sell. The interviewer brings up the idea of SEGA AGES installments for Sonic 3, Sonic & Knuckles, and the arcade game SegaSonic the Hedgehog. You can see Okunari's response below.

“When we began work on SEGA Ages for the Nintendo Switch, the amount of titles in development were limited, so we decided on a lineup that consisted of the first two entries in the Puyo Puyo and Sonic series. If this collection of SEGA Ages titles is successful, then I’d say we’d really like to consider releasing more in those series. The arcade game, SegaSonic the Hedgehog, has never been ported before…”

I wanna see more arcade games and stuff that hasn't been in any recent compilations. I would also like to see Saturn and Dreamcast games!

We’ve only had 2 sonic games out of the nearly 20 ages titles and they’re the typical ones. They’re also, unsurprisingly, the only popular ones.

Maybe people should stop buying only sonic games if they want Sega to not play it safe. They’ve released tons of cool arcade gems that are worth buying but barely anyone is picking them up compared to Sonic 1/2. I’ve only heard buzz about Phantasy Star and the Puyo games in terms of the other AGES games.

What is SegaSonic ? Never heard of it.

Looking it up it seems that's where Mighty the Armadillo and Ray the Flying Squirrel, are from.

I just want to see Yakuza and Persona on switch, c'mon Sega!

Dear SEGA, I bought Sonic 1 and 2 for the Mega Drive. Then I bought them on the PS3 and again on the 3DS. None of those times did you release Sonic 3 or Sonic and Knuckles. So no, I'm not falling for this.

Well you can't really blame them; they were released on XBLA, and likely were going to go on PS3 shortly, but this was around the time the MJ comparisons got really popular, and SEGA likely didn't want to risk any legal action from his estate.

Not only that, but with the beta that was dumped last year revealing the PC music WAS the original music...it's apparent why the only re-releases for S3&K in the past couple years was the aforementioned XBLA port, DS Classics collection, and the Steam release.

The power of Michael Jackson is just too strong. It's why we haven't gotten S3&K Remastered.

That sucks! Does it count as piracy if I play ROMs of Sonic 3 & Knuckles while owning the physical version of both? My Mega Drive passed away a few years back.

I believe thats the consensus there. Though honestly if I play my Genesis Sonic titles on my Retron 5, and I'm looking to get the Polymega so I can finally have a reason to getting a physical copy of CD and Chaotix.

I have never seen a physical Sega CD or Sega CD game. Even though Sega was strong in Brazil, the first time I heard about the Sega CD, 32X and Saturn was when video game magazines were covering Sega's bankruptcy.

Still to this day, no Skies of Arcadia. What other game beats it?