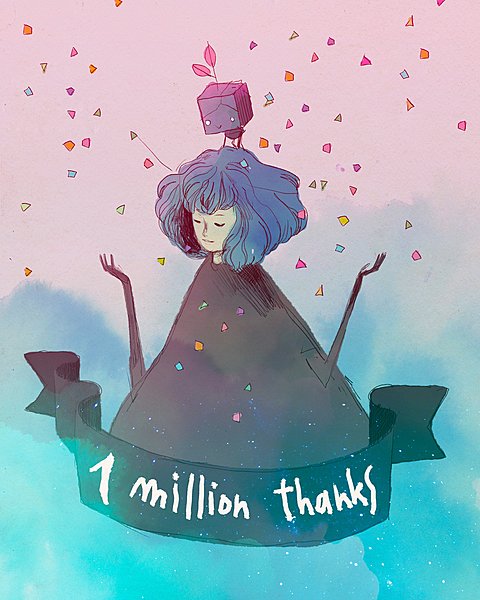 Gris has been a real success story for Nomada Studio and Devolver Digital. Nomada had number of devs who were tired of working on big, AAA titles and wanted to do something more intimate. Devolver aims to give all sorts of titles more exposure than they'd normally get, and even mentioned the importance of supporting 'boutique' games like Gris. The game ended up being a critical darling, and became profitable just one week after launching. Little did Devolver and Nomada know just how far things would go.

Nomada has announced that Gris has now moved 1 million units across all platforms combined. That's a pretty crazy figure when you consider what type of game Gris is. A hand-drawn/painted platformer that's quite esoteric, yet Switch owners were happy to give it a go, as were gamers on other platforms. Let's hope it just keeps growing from here on out!