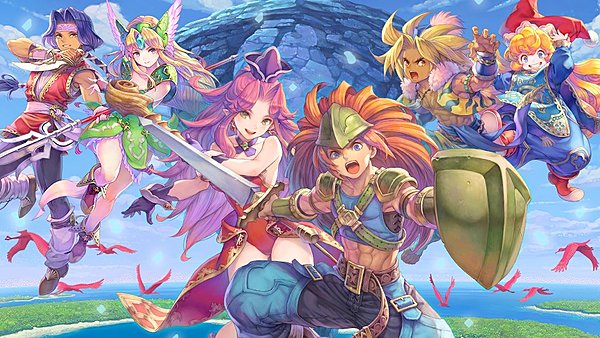 Nintendo has revealed the next Spirit Board event for Smash Bros. Ultimate, and this one ties in with an upcoming Square-Enix title.

Starting April 24th, 2020 and running for five days, Smash Bros. Ultimate will be hosting a Trials of Mana Spirit Board event. This will include three new spirits from the Mana series. If you defeat them in battle, you'll get more SP than usual.

Seeing this makes me wonder why we got nothing to go with Cloud: no spirits, no more music, no English voice, nothing.

In one of Masahiro Sakurai’s famitsu columns, he mentions how bringing back every character for Smash Ultimate was a “real luxury” and that such opportunity “doesn’t knock twice”. He also states that he “twisted some arms to make this dream a reality”, which I found quite interesting tbh.

To me, it sounds like Square
Enix didn’t really want Cloud to be back in Ultimate, but Nintendo or maybe even Sakurai convinced them, hence his “arm twisting” comment. Maybe Square only agreed under the condition of not creating any new content for the game, which might explain why Cloud had nothing new for this game.

Anyway, it’s all speculation on my part (and me reading into lines lol). However, I think there was definitely something going behind the scenes.

“Being able to include every fighter is a real luxury, and–knowing that opportunity doesn’t knock twice–I seized the moment and twisted some arms to make this dream a reality. Thankfully, the folks at Nintendo agreed to help, despite the risks involved.”