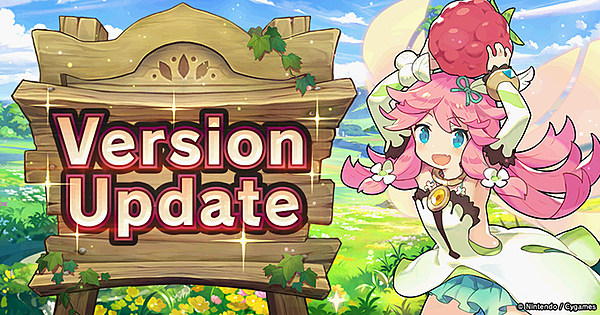 Dragalia Lost has been updated to Version 1.19.0. Check out full details on the update below.

To celebrate the update, we'll be sending all players a Tenfold Summon Voucher after the automatic update.

This notice will be modified after it has been distributed.

Note: The Tenfold Summon Voucher will not be distributed until after the automatic update, even if you complete the update to version 1.19.0 early.

During a quest, you can tap the Retry button in the menu to restart the quest from the beginning. You can also choose to Retry from the continue screen.

In solo play, selecting Retry will restart the quest immediately. When playing co-op, a vote to determine whether or not to retry the quest will be held when one player on the team selects Retry. Each player can only initiate a vote once per quest, and the quest will only restart if all players vote to retry.

To make it easier to obtain the Mentor Bonus, we will add Find a Mentor and Find Players to Mentor as potential room conditions for quests that are eligible for Mentor Bonuses.

We will also remove the Clear Quest Endeavors room condition, which is not used very frequently.

・Some Void Battles quests will be always available

You will be able to challenge certain quests in Void Battles at any time. The applicable quests are as follows.

You will also be able to use skip tickets on these quests.

The quest clear record and quest endeavor completion status for Void Battles that will be available at all times will be reset at 2:00 AM, Apr 28, 2020.

Note: The completion status for Normal and Limited endeavors under Endeavors will not reset.

・If you have not linked a Nintendo Account, a screen prompting you to do so will appear on the title screen.
・The maximum level for rupie mines and elemental altars in your castle grounds will be raised to 40.
This level increase for rupie mines and elemental altars will unlock at 2:00 AM, Apr 28, 2020.
・We will add sections to Help and update the content of existing sections.
・For certain quests in which enemy size changes during battle, the target marker (the circular markers that display under targeted enemies) will now also change size to match the enemy.
・We will also adjust the UI on some screens.

・We will make the following adjustments to situations where adventurers take damage from obstacles during quests and are pushed backward or have their movement disrupted by knockback.
For some obstacles, we will reduce the distance adventurers are pushed backward or the amount of time movement is disrupted by knockback.
The backwards push applied by some obstacles will be changed to knockback.
Some obstacles will no longer cause knockback.
・Falling tree obstacles will no longer inflict the stun affliction.
The adjustments above will be applied at 2:00 AM, Apr 28, 2020.
・AI adventurers with skills that power up their force strikes were opening treasure chests with their powered-up force strikes, but we will adjust them so that they use normal attacks to open treasure chests.

The following issues have been fixed in this version.
・When Naveed's Radiant Bauble skill was used multiple times, the numeric value for the Crystalline Blades Buffed icon displayed a maximum of 10.
・For "HP X% = (Element) Res +Y%" chain co-abilities, if the adventurer's HP fell below the threshold and then later met the conditions again, the effect icon did not display in the combat log.
・The effects of Chitose's Love's Shield II/III ability occurred even when using dragon skills while shapeshifted.
・When tapping How to Acquire in the item details for some materials that can be obtained from The Agito Uprising then tapping a quest, it was not possible to challenge the quest even if the unlock conditions had been met. The affected materials were as follows.

1. It may take time for the store to reflect the updated information. Players may not be able to perform updates due to their device's data cache being full. If you are unable to perform the update, restart your device, and then try downloading it from the store.

2. Any adventurers and game screenshots shown are still in development.