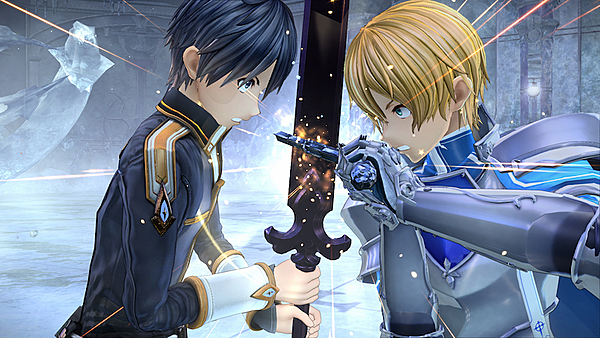 Would you like to see some more Sword Art Online action on the Switch? It seems you're not alone, as a number of other fans have interest in more of the series coming over to the Switch. The question is, could it actually happen? Sword Art Online Alicization Lycoris Producer Yousuke Futami has shared some answers.

In a live-stream hosted by Futami, the question of a Switch port for Sword Art Online Alicization Lycoris came up. Futami said that he can't say whether it'll be done or not, or even if it's possible at this point. It's something fans will just have to wait and see, but he does say that if a port is in the works, there will be an official announcement.

That was followed up with a question about the chances of Sword Art Online Hollow Fragment coming to the Switch. With this title, Futami says game development costs a lot, and a Switch port isn't possible right now due to money reasons.