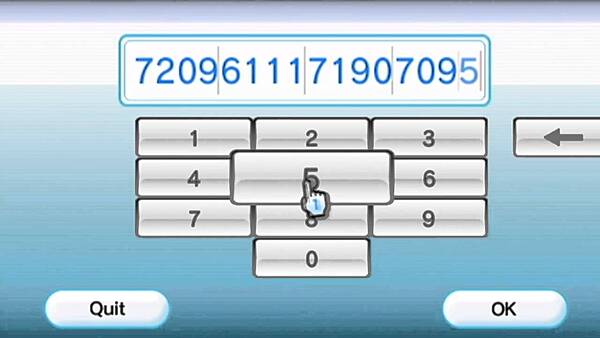 Editor's note: Because I am an idiot, I didn't realize this came from the same source as the Wii source code leak. I earlier mentioned that I would not be sharing info from that particular leak, yet I goofed here. Going forward, we will be extra sure to make sure we do not share content coming from that source code leak. Any stories we have about the leak will be tied to the leak itself, not specific details on what was found in the leak, including source code, game assets, and so on.

A document has surfaced that is basically a presentation on Nintendo's idea to use Friend Codes on the Wii when it came to online play. A lot of people wondered why Nintendo went with this over traditional usernames, and thanks to this document, we fianlly have some clear-cut reasoning.

With the Wii, Nintendo was worried that people who signed up with screen names would become frustrated when they saw that the name they wanted was taken. This might result in people trying multiple names, only to find them all already registered. Nintendo was worried this frustration would take away from the Wii's aim to be a simple, easy-to-work-with system.

Nintendo was also worried that people might be able to guess the screen names of other people just by trying different combinations of names. In Nintendo's opinion, this might make some users uncomfortable, as their names could be sought out and contact could be made by strangers.

Why did Nintendo move to screen names with the Wii U, and then back to Friend Codes on Switch? Your guess is as good as ours, as the document only covers the original decision for the Wii. It's fair to say the Wii and Switch share a lot of similarities in approach to the gaming audience and ease of use, so perhaps that's why Nintendo adopted their old idea once again.

Thanks to Dondom95 for the heads up!
Source: Link
Rating: 2

Using a string of number as an unique identifier is way better than a username just ask any database developer.
But Nintendo did a poor job of implementing it.

I never understood the problem. It's a string of characters I have to enter one time in order to play with my friends. Why is it so so much worse to enter 12345 instead of Gamername678, if the result is exactly the same?

Having separate friend lists for each game, THAT was stupid!

Friend codes aren't so bad now as you can work around it with adding friends via social media. But back in the days of the Wii it was infuriating.

Congratulations, Nintendo. You created a problem while trying to solve an imaginary one.

The ability to change your username on the fly without paying Microsoft any money is something.

Not having to pay a $50 really helped.

What ? Haha ^^ That is such a nintendo thing to do.

I found friend codes redundant. However, Miiverse should be brought back in some fashion if you ask me.

What about them made them redundant by 2006 standards?

I don't get you..what exactly do you mean by that?

I actually remember before the DS got its online features, a questionnaire sent out by Nintendo asking for preferences for online play. One including just usernames, one including screen names that were different than usernames, etc. I rememember thinking "just don't screw this up" and seeing them screw it up.

Friend codes are annoying. I understand where they were coming from with this decision but it was really nice to have usernames on Wii_U and to have screen names that you can alter with them. I think we have somewhat of a middle ground now that you can add each other with linked social medias as well as friends via mobile games but I really wish it were easier to add each other otherwise.

I mean, it is just as easy to type in a string of numbers as a username for a search. Though I would have preferred a username as well.

It's not about the ease of entering it--if it were, friend codes have the potential to be easier because it just gives you a numpad, requiring less movement across a virtual keyboard. Still, friend codes are 12-16 characters in length, which is longer than many people's usernames might be.

The real issue is about memorization which brings in ease-of-use. Very few people memorize their friend codes so if you want to add someone you need to have your system with you and pull it up (easier on Switch than some systems) or have it written down elsewhere. Or, in my case, you say "i'll add you later" and then you never end up adding each other because you've forgotten or when one of you has your system the other doesn't.

Usernames are easy to memorize because you create them. They represent you, so you remember them easily and they're easy to share. Even if only one of you has your system nearby, you can just say your username aloud for them to add.

Eh, it's quite easy to circumvent that by sending a text or message in some other app. But obviously memorization is going to be easier for a username you have made, and I did mention that is my preference personally.

The add you later situation would be the same for a username tbh. A username would still be forgotten in the same way by the person being told and they would likely need to make a note to themselves about it. And with the social media route being available with Switch, it's even easier by doing it through those instead since it is more likely that one of the people has their phone on them and can add the other on Twitter, Facebook, even the various Nintendo apps.

Well, yeah. As mentioned above, the biggest asset for Friend Codes, especially at this point, was how it was it was to change your username on the fly. I don't think it was optimal back with the Wii, but that was also due to a lot of frustrating aspects of just the Wii online structure not being the friendliest.

But how is this any different than someone giving you their cellphone number as a one-and-done? Truth be told, where we are now, a friend code is fine because it allows for the benefit of immediate name change in necessary, and sharing it via social media is easier than ever.

I'm not going to hold onto dislike for something that now makes more sense.