GoNintendo Thought: The Sims franchise seems like it would be a great fit for Switch

Another thought dedicated to EA? I had to after the comments they made! There's a glimmer of hope for honest-to-goodness support around the corner. Sure, it could be a fool's hope, but I've often said that I'm a fool. As always, thanks for reading. 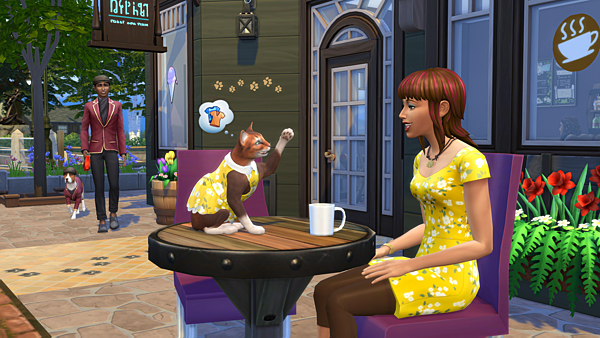 Here's a jumping point for a feature I never thought would happen. Against all odds, it seems that EA is finally going to give Switch a bit more attention. We know that Burnout Paradise: Remastered is coming to Switch in June, the Brazilian classification board recently added a listing for the original Unravel on Switch, and just hours ago, EA said they're bringing multiple titles to platform. We don't know if those 'multiple titles' include ones already mentioned or even more titles, but either way, it does seem EA is turning up their Switch release knob ever so slightly.

We want to quickly mention the situation with Crysis Remastered. While EA was indeed the publisher on the original Crysis, it seems they aren't involved with Crysis in any way, shape or form. They're not mentioned in the press release, there's no EA logo on the official art, and EA makes no mention of the game on their website.

There's always a chance that the 'multiple' reference would be EA talking about yet another barely-updated version of FIFA, but it does seem that the company is very cautiously dipping its toes into Switch waters. They've certainly taken their time to warm up to Switch, but the evidence for giving the platform a go is mounting at this point. The install base is big and ready for content, the audience is wide and willing to try out multiple genres, and the desire for EA brands is certainly there. Now all EA has to do is actually put together a Switch release with some effort behind it, and they might see some decent success.

Without a doubt, EA is going to take a long, hard look at their portfolio to see what could work on the platform, and what should be skipped. There's certainly arguments to be made for quite a few franchises, so long as EA releases fully-fledged installments, rather than half-assed ports. The Need for Speed series would most likely work, but I'm guessing EA is going to see how Burnout: Remastered goes first. There's plenty of room for more sports titles, and I'm sure some of the install base would welcome a new Madden. Switch fans would no doubt be excited for a Battlefield release, but it doesn't seem likely they'd dedicate resources to a Switch-specific version. Mass Effect, Dragon Age, Titanfall, Star Wars...the list goes on and on. There's pluses and minuses for all those franchises, but there's one that seems like it would have the best chance of any to find success. The Sims series seems like a perfect fit for the platform. 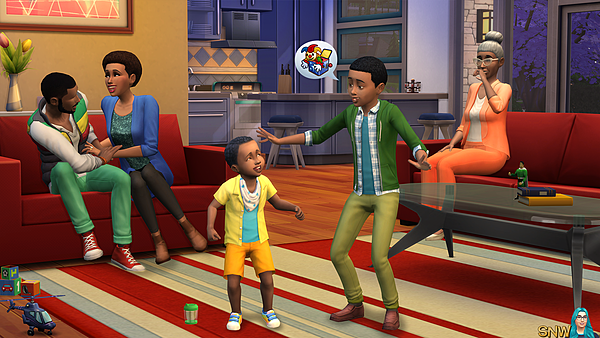 If EA were to move on a Sims title for Switch, I'm sure some fans would be disheartened. Many hear of EA support coming to the platform, and they're expecting some of the action-heavy franchises I mentioned above. There's nothing wrong with having interest in those titles, but I really don't know if EA would be willing to take that leap. They've had some action-oriented titles on previous Nintendo platforms, and while the quality was certainly arguable, all EA most likely noticed was the lack of sales. Things are different when you look at The Sims franchise. That's one brand where EA has had quite a bit of success on the Nintendo side of things.

EA very clearly found an audience for the Sims franchise on Wii and DS, which they drove right into the ground. That said, before they started really cashing in and churning out low-quality efforts, the franchise had its fans. That's likely due to the success of both platforms, as well as the audience that owned each. Sure, there were plenty of traditional gamers that purchased the Wii and DS, but there were expanded audience players as well. Sounds a bit like the Switch, doesn't it? Things on the Switch are certainly geared more towards the traditional gamer, but I think it's fair to say the platform has the biggest expanded audience potential when compared to PS4 and XB1.

You can bet that the mega-success of Animal Crossing: New Horizons has also caught EA's interest. While The Sims and Animal Crossing are quite different, the two certainly share a few mechanics. There's the life management aspect of both games, as well as the ability to design and create your own content. Obviously the construction and decoration of environments is a thread between each franchise as well. With Animal Crossing: New Horizons dominating the sales charts, EA would be pretty silly to not see some potential for their own life simulation brand. 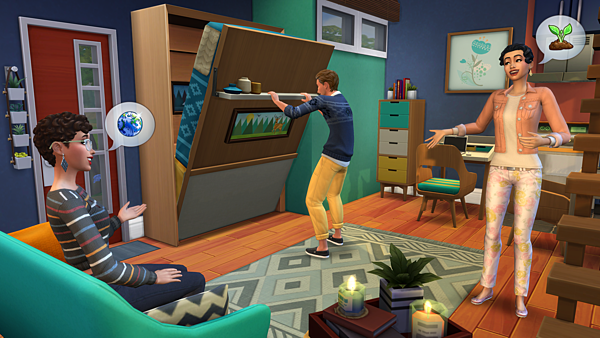 That's not even to mention how the Switch itself seems like a fantastic platform for The Sims in hardware alone. While traditional controls have been proven to work just fine for Sims games, the inclusion of a touch screen on Switch makes the gameplay that much better. Being able to use that tactile aspect to plan out a living space would be a breeze, providing something much closer to the mouse experience PC players are used to. There's also the aspect of being able to play at home or on the go, which would do wonders for The Sims as well. Play at home and do your big construction work or house planning, and then play on the go when you need to take care of your humans or jump in on some item shopping. Throw in the social aspect of the Switch, where you could bring your Switch to friends houses for local in-game visits, and you really start to see how The Sims on Switch could be something special.

Again, it seems like all the pieces of the puzzle are there. A platform with a sizable install base, hardware that could elevate the experience, players who would likely enjoy what the Sims is all about, and a social aspect you couldn't get on other hardware. I'm not an industry executive, but it seems like an absolute no-brainer to me. It all comes back to EA's willingness to put in the work. If they really were willing to give it their all, put their best Sims devs on the franchise, and aimed to make an installment that played to the system's strengths, I have little doubt they'd have anything other than a hit on their hands.

If EA does decide to bring The Sims to Switch and go all-out on development, they need to be in our face about it. They need to do interview after interview where they drive that point home. We need to both see and hear that they're taking The Sims seriously on Switch. Players who have been burned by previous EA ports on the platform need to be lead around by the hand and shown just why things are different this time around. It's not going to be an easy task, but it can be done, so long as the effort is obvious. Switch players know the Sims will never look as good on Switch as compared to other platforms, but as long as the gameplay is there and the effort shines through, success can be found.

Will EA ever bring The Sims to Switch? I think I've made a good argument for why they should, but I can't say for sure it'll happen. For all I know, EA could be revamping some other franchise for the Switch, or maybe cooking up something completely new. Again, there's still part of me that thinks they're teasing nothing more but another FIFA, but boy do I hope I'm wrong on that. We're at the very beginning of seeing the tiniest shred of further attention from EA, and I don't want to get too optimistic. We've been here before, and we've been hurt a million times over. All we can do is sit back, cross our fingers, and hope for the best. It's your move, EA. 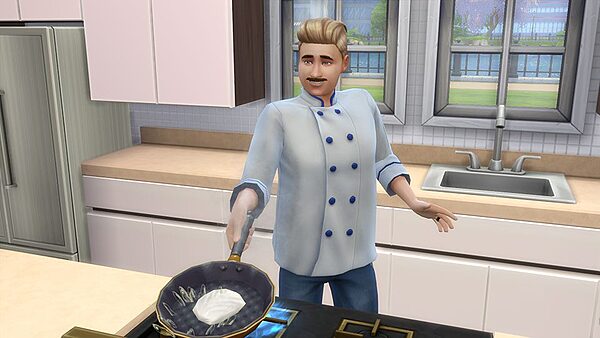 It'd be great on Switch (I think it would be the only portable version of The Sims 4) but it's reaching six years old and has so many years of DLC trailing behind it so I'd be amazed if it actually happened.

I was just thinking this the other day playing AC and seeing some upcoming game that had a similar art style. My wife was addicted to The Sims and it's the only other game she put more time into than AC (which was about 400-600 hours per release since Gamecube).

The Sims 4 could even do a free or low cost release just to sell its DLC.

It's weird, considering how Animal Crossing and Stardew Valley have shown there's an active audience for this type of games, that Harvest Moon or Rune Factory haven't stepped up their game. I think the Sims could also be an easy fit for EA, I suppose since the overlord weren't pleased that their online only approach didn't work it seems they just lost interest.

But seriously, considering the huge and fat investments towards FPS it's weird publishers have never betted as heavily to other genres. I think it does feel now that adult gamers do like different types.

My mind is blown by those stock market, and make belief jobs they've put in Animal Crossing, I just feel there's something there.

Agreed. Another minor point I'll add the crazy moments that can be captured as short video or pics and shared online I think it would be very popular on social media.

Id be happy with a port of the original. I really wish EA went into finance trouble and would have to sell off old IPs it does nothing worthwhile with. THQ could do some real wonders with EA's neglected titles *dead space.

I wish they would remake Bustin' Out or The Urbz.