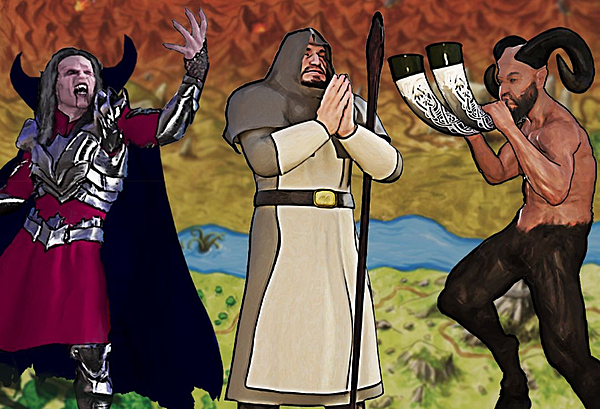 Leading digital board game developer and publisher Nomad Games today announced a new set of characters for their best-selling title Talisman: Digital Edition. These three new characters will give players a fresh way to play their favourite game.

In Talisman, players embark on an epic quest through a land full of dangerous enemies and treacherous challenges. Players level up and increase their skills as they race against other players towards the center of the board in order to claim victory. This digital adaptation is based on the Revised 4th Edition published by Games Workshop, Talisman: Digital Edition.

The three characters announced are The Vampire, The Satyr and The Pilgrim. The Vampire is ready to begin his bloody reign over the land of Talisman, while the Satyr is ready to trick and taunt his way to victory. Finally, the Pilgrim has set out on his quest to find the truth behind his beliefs - will he succeed?

Two of these three new characters were originally found in the 2nd Edition of Talisman, published over 30 years ago. Nomad Games has now taken these three classic characters, and with feedback from their community, brought them up to date for the digital version of the game.