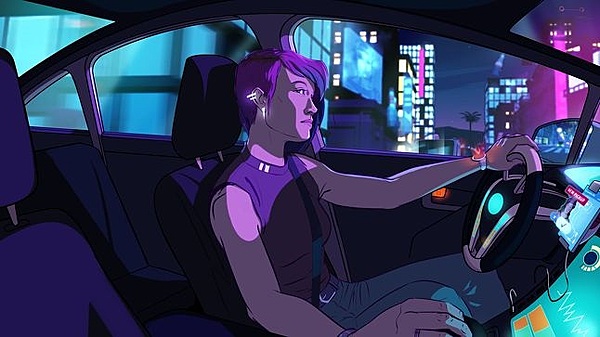 Did you know that the Italian language doesn't have gender-neutral pronouns like we do in English? The team behind Neo Cab found that out, which presented a unique challenge for their localization team. In a GamesIndustry interview with dev Fabio Bortolotti, we get to hear about how the situation was addressed.

"In case of ambiguity, in Italian, you usually just default to the male [pronoun]. This would have been a huge betrayal of [Neo Cab's] vision. But because the game is set in a kind of near future, we could imagine at least that, in Italian, in 20 years, something like gender neutral pronouns will be invented and used. And so we tried to come up with a possible solution and we wrote a very quick paper on the gender nature of the Italian language and what our potential solution [was].

We asked the writers: would this work for you? And they said yes. They just had to implement an extra character in the game -- which is the 'schwa', the upside down e [ɘ] -- and it worked. By working with the developers, we were able to turn what looked like an impossible challenge into a world-building occasion. It was not an invention of the translators, it was a solution found together with the developers and the writers."

That's quite cool that a paper was written and all this work put in for something seemingly so small and so important at the same time.