RUMOR: Nintendo not planning any Directs for the near future, telling partners not to wait to reveal games 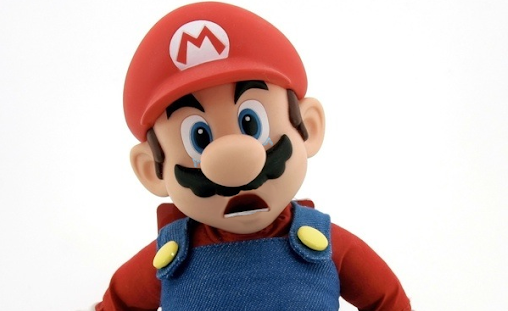 A few weeks back, we had heard that Nintendo was scrapping plans for their usual E3 Direct due to the pandemic. Working from home had shifted the way Nintendo works too much, and they couldn't piece things together to make sense. Now we have a follow-up to that tidbit, and it's not exactly exciting.

According to VentureBeat's Jeff Grubb, Nintendo is now holding off on plans for Nintendo Directs in general. In fact, Nintendo is apparently telling their development partners to not hold back on announcing their games. Now this doesn't mean Nintendo won't ever have a Direct again. It's just clear to Nintendo that they're not sure when they can get back to producing the type of Directs fans expect, so they don't want to leave developers hanging.

We've certainly seen the results of this approach, as Nintendo surprise-revealed Paper Mario: The Origami King out of nowhere. We can expect to see Nintendo do more of that as the weeks go on, and I guess we can lump in third parties as well!

Thanks to Dondom95 for the heads up!
Submitted by: dondom95
Source: Link
Rating: -5

I'm hoping more of the niche games have time to wait then.

Something like a Mon Hun would obviously do fine with its own Direct, and even a Bravely Default II could probably be marketed on its own at this point. However, I'd be worried about the outlook of something like a SMT V if it was coming out this fall and never got a Direct feature. Luckily its seeming unlikely that games making this year at this point so it should be fine, but I still do hope most of the more niche games are coming out late enough that they'll have time to make a Direct.

Obviously this is about third parties, it seems Nintendo themselves don't have anything that niche coming up soon that they would have to worry (unless some weird new IP comes out of nowhere which is always possible)

I wonder if this is a temporary change based on the pandemic situation or a tactical change to get more charge out of each announcement.

Paper Mario on its own still got less attention than it would have if it was in a Direct. Nintendo's marketing team has to work from home now and is likely still too unprepared to make a Direct in that situation so its likely they have decided to wait until they feel comfortable working from their offices again. Also there are possible concerns of first party announcements being lacking, though with Paper Mario and some other announcement, they probably could have waited until July and had more than they did during the last Mini, so I doubt thats the issue.

I think either way, they want to see how people react to this shift.

They still had a YouTube trailer for paper mario... i find it a bit odd that they can't edit some of those together for a direct....

How do you propose getting a full camera crew with sound and lighting engineers to do the video recording during the pandemic?

Well in fairness I assume they meant a direct consisting of just game footage, transition graphics and voice over.

Not one with footage of any real people. Which doesn’t need a “crew”. That can be done with a one person crew. I know, I’ve been the subject of my company's professionally produced videos and it’s been a single guy doing the camera, lighting and sound.

But still, it’s not as simple as hitting “record” on their work-from-home dev stations either to capture footage to make a trailer.

🙂 then it's no longer a direct. More like a mini mini direct.

I wouldn't expect anything other than trailers from Nintendo over the next month or two.

I could be totally wrong though!

JSTY3105 I didn't propose getting anyone together during a pandemic. All I'm saying is it is not impossible to make a direct right now. Bare minimum edit some trailers together and your fans will be happy. They proved they can make those with the paper mario video that dropped. When you watch all the inside xbox, state of play, and other announcement videos in the next few months, you will see that it is possible to do!

Think the bare bones effort of stitching trailers together isn't worth the return on investment. Remember, companies all over the world are watching their expenses very closely and mostly only prioritising essential expenses.

Most of their non Japanese based employees are marketing staff. It would be a way to keep your salaried employees working on something and keep your fans interested in your upcoming projects. Saving on expenses would mean laying off those employees. not keeping them on the payroll doing nothing... Let's be real, we're talking about something a youtuber could easily do (which they also have on the payroll). They also have the translation employees as part of their existing staff. We're not talking about outsourcing a production to jim hension studios here. In all likelihood, this is a decision from the top in Japan because they don't have the same remote infrastructure and are finding it harder to coordinate things to their comfort. I have every bit of confidence that their NOA employees could easily produce a direct during this time if they were given the freedom to.

They ended the trailer with the logo and release date on a blank white background.

I find it amazing they had text transitions in the trailer.

At this point my guess is paper Mario was supposed to be shown during the last mini direct and released in June. Pandemic delayed the game and they didn't want to announce it without knowing for sure when it will release.

Not surprising, Paper Mario releases 1 month after what would have been the standard June Direct. I doubt that they would announce it now if they intended to do a direct any time soon.

I hope they give us SOMETHING. I'm not really into Paper Mario, so I don't really have anything to look forward to other than "Metroid, someday".

Clubhouse Games and the 3rd rerelease of Xenoblade Chronicles aint doin it for ya?

Or what about the overpriced should have been in the base game DLC for Sword/Shield or the ARMS character in Smash?

To be fair its the first release of Xenoblade that isn't supply constrained or released on a console with a very limited install base.

Paper Mario should indicate that announcements can happen anything. Before paper Mario it was "I hope they announce something, I'm not really into xenoblade".

They'll likely announce something in June. It won't be a cascade of announcements though.

I hope you're right. All things considered, they're a very savvy company and I think they know we're kind of left hanging right now. They'd be foolish to waste the momentum they've gained from Animal Crossing.

I vastly prefer Directs (with their time announced in advance) to out-of-left-field reveals, so this is a bummer. I get that the current state of the world kinda makes it hard to do “presenting to the camera” stuff. Still wish they could string together some reveal trailers, apply brief transitions and narration, and call it a day. But there could be other business reasons that necessitates the current approach, I dunno. Hopefully things go back to the way they were eventually.

It takes development time to make demos and trailers, and there's a whole lot of "we don't really know when we can release this" going on right now. Probably harder to communicate between all teams and third parties, easier to take a load off the developers and marketing team and have them work at their own pace.

Nintendo Directs are now as Dead as Metroid

One will return at least.

Whenever things get back to normal, many small things, like a good nintendo direc,t will be much more appreciated by all of us, I think.
In the meantime, everyone is making adjustments to work best during all of this.

All this means is that it would have been a very underwhelming E3 Direct in which many people were disappointed for hyping up.

Just let them reveal their games when they are ready to reveal them. That's a better way than forcing them to show stuff off on some arbitrary day every year. Covid-19 is going to delay a lot of them anyway.

I’m fine with them just dropping announcements on twitter and such but it’d be nice to have some warning for announcements they know will be exciting to most of the fanbase. I found out about Origami King by loading up twitter and seeing people moaning about “the new Paper Mario” and was confused immediately, then my initial watch of the trailer was looking for the things people didn’t like about it. It’s nice not to have preconceptions about announcements which is why Directs are so exciting; at the very least for games as big as Paper Mario they should preface the reveal in advance and tell people the time the announcement is dropping. Element of surprise is fun but surely giving a time would guarantee way more eyes on you?

I'd imagine GungHo would've likely wanted something to say in an upcoming Direct, considering the disaster that was their late April beta. With it being delayed, they'd probably want another beta going on, this time with the server issues dealt with.

Eh, they themselves said that certain games could be affected heavily so its no big deal.

I don't mind waiting till this pandemic goes away. It's not like anyone has a choice at this rate.