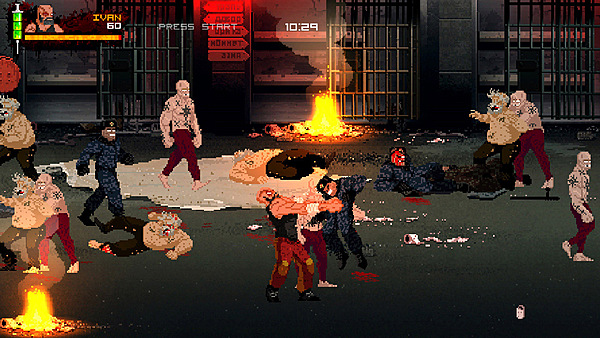 Looking for another great Switch deal to jump on? Yet another title has gotten a ridiculously low sale price, making it just $1.

Mother Russia Bleeds is an ultra-violent co-op brawler overflowing with an unmistakable style and unforgettably brutal action for up to four players at once. Set in an alternate U.S.S.R, the story centers on a desperate crew of imprisoned street fighters that must overcome an oppressive criminal authority and forced drug addictions through any means necessary. Battle solo or alongside friends in an exceptional story mode campaign or harden your resolve in the savage Survival Mode.

These Switch deals are making my system look like my PS3 and PS4 with plenty of un-played games. But I got plenty of gold coins, so no reason not to try it for free basically. Looks fun, but gotta finish SOR 4 first.

Borderlands: Legendary Collection physical release requires a download of at least 42 GB, Bioshock: The Collection requires 31 GB, XCOM 2 Collection requires 24 GB
May 25, 05:44 by laiceaterna May 25, 03:13 by nathatruc
Team Ketchup takes home the win in Splatoon 2's latest Splatfest
May 25, 05:20 by zombie aladdin May 25, 04:35 by enthropy
Nintendo's former president once said game devs/pubs should copy each other's ideas
May 25, 05:13 by impurekind
Xenoblade Chronicles - Wii Vs. New 3DS Vs. Switch comparison
May 25, 02:43 by reynard