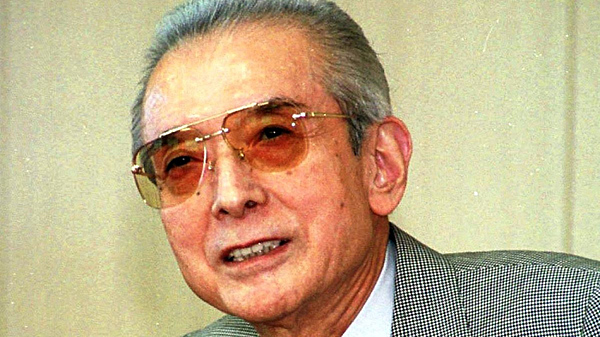 Former Nintendo president Hiroshi Yamauchi is very well known for ruling Nintendo with an iron fist, and doing all he could to stop out the competition. His methods of operation and opinions on games were quite divisive, and don't really fit in with the Nintendo of today. That's what makes this comment from a classic interview so interesting.

All the way back in 1979, Mr. Yamauchi was interviewed by TV station NHK. He was asked about how the game industry should move forward, which is when he responded with a very un-Yamauchi answer.

There’s no such thing as patenting a way of playing. Look, if someone has the inclination and the time, they can copy anything. There’s no way around that. So we should abandon that way of thinking, and everyone should release their software openly, for the growth of the amusement industry as a whole. That way, even if, say, Space Invaders declines in popularity, then computer games will continue to flourish. We need to abandon this idea of secrecy, and consider pooling all of our resources in order to grow the industry. That’s the ideal.

Obviously Yamauchi reversed this feelings once Nintendo had big-name hits like Mario and Donkey Kong under their belt. The company got a taste of big gaming success, and Yamauchi was determined to hang onto it!

That was in the late 70s when almost all Nintendo did was copy other game developers' ideas, for some context.

Such as? Because most of their games are original even from that time especially radar scope.

Balloon fighter is a good start.

Plus pong, and breakout clones if you count color TV games

Also... Radar Scope wasn't original for its time. It was a clone with a gimmick, that's still a clone.

I'd argue that every company back then were also not being original. And in Nintendo's case, they realized that they can't do much in arcades so they moved over to consoles.

Yes every company copied each other back then, we were specifically talking about Nintendo.

This comment was made by Yamauchi when they (and everyone else) mostly copied others, and was certainly not made by him when they were making their own games on their own hardware.

I always wished other controller-makers would just copy the Nintendo D-pad when I was a kid. It turns out that was one thing Nintendo didn't want to share.

If Hiroshi Yamauchi saw how Sony blatantly copies Nintendo for nearly everything, he'd take back those words imo.

I actually think he's right. And the law basically agrees, which is why you can't patent gameplay and the like.

I don't know that seems like a very "Yamauchi" sort of statement to me. He said a lot of whacky things over the years and just reading the headline I knew exactly who the article was going to be about even without reading.

There's definately no way in hell Iwata would have ever said something like that at basically any point. He was generally (always?) very considered in his remarks.

Obviously you don’t become Japan’s richest man following that mantra. You change course and set sail for money island with your legal guns at the ready!

Another round of unlabeled Switch game SKUs hit GameStop
Jul 11, 13:24 by xanderfloyd
GameFly lists Cobra Kai: The Karate Kid Saga Continues for Switch release
Jul 11, 12:04 by helloyoungfellow Jul 11, 11:40 by gybones
Japanese software/hardware sales breakdown for the first half of 2020
Jul 11, 11:44 by gybones
GoNintendo Thought: Nintendo, it's time to give Virtual Boy Wario Land a second chance
Jul 11, 10:50 by groose
Bakugan: Champions of Vestroia announced for Switch
Jul 11, 06:25 by bakfug