Did you know that every Nintendo 64 game ever released could fit onto a single Switch game card?

Game sizes have really ballooned!
27 May, 2020 by rawmeatcowboy | Comments: 5 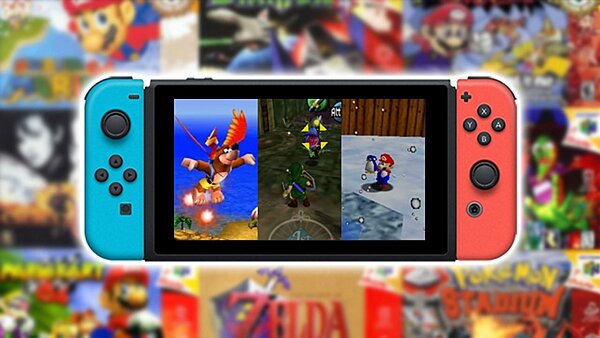 On the Switch, storage space is at a premium. Plenty of games have released for the platform that were too big for the standard Switch game cards, which forces consumers to snag a microSD card to make up the difference. Games today are bigger than ever, and a quick look back at the N64 shows just how much things have changed.

Back in the days of the N64, the biggest cartridge you could have held just 64 MB. Some games needed that size cartridge to work, but others could be crammed down into much smaller sizes. A game under 100 MB nowadays is certainly a rarity!

Reddit user CorsairVI wanted to see just how big of a difference there is between N64 games and Switch games when it comes to file size, so he did a quick bit of math. First up, he found that there were 388 games released for the N64. Now we don't know the size of each cartridge for those games, but CorsairVI went with the biggest size possible, which again, is 64 MB. Multiplying those two numbers gives you 24.8 GB.

The largest game card available on the Switch is 32 GB, which means you could actually fit every single game released for the N64 onto just one Switch game card. It's pretty mind-boggling, isn't it?! In reality, you could probably get away with a smaller Switch game card, because a lot of those N64 games didn't come close to 64 MB. Man, we had it so good back then!

Super Mario 64 is a meager 8 MB. That's less data than a high quality MP3 song. It's still mindboggling if you start thinking about it, considering the scope of that game alone.

Given that 1 TB mSD cards exist, you could probably fit all 420+ 3ds cart games on a switch.

So... remind me again why Nintendo has a hard time putting N64 games in ANY eShop? Sounds like they could get away with a SEGA Genesis Collection-style game cart and still have room to spare.