Sonic the Hedgehog film sequel in the works, Jeff Fowler returns to direct 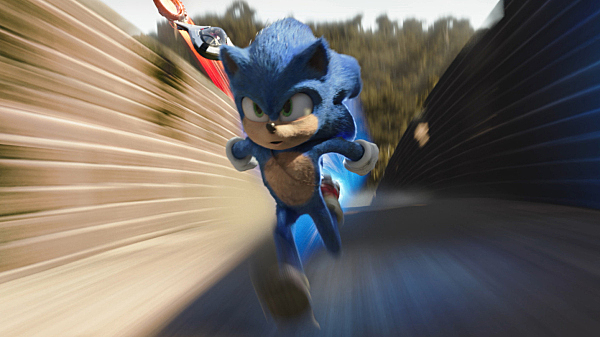 Looks like Paramount is really pleased with how the Sonic the Hedgehog movie did, as they've officially announced a sequel. This movie follow-up will see Jeff Folwer return to direct, while Pat Casey and Josh Miller will handle the script. Neal H. Moritz, Toby Ascher and Toru Nakahara are producing, while Hajime Satomi, Haruki Satomi and Tim Miller are executive producing.

The film is still in the developmental stage, so there's no start date for filming. We also don't know which actors will be coming back to reprise their roles, but I would imagine the principle cast will likely return.

Thanks to Andreslop24 and WolfStarSonic for the heads up!
Source: Link
Rating: 6

As disappointed as I was with the first one, I’m happy this is getting another movie

It was an ok movie, and fine videogame based movie.

I will like if they go wilder in the sequel, have Sonic and Tails race, building a friendship and maybe play jokes of James Marston and Tails making pranks on each other. I also will like if Agent Stone is the one bringing back Dr. Robotnik and have Jim Carrey wanting to use animals to buiild more powerful robots. Finally, answer the bit of the original movie of why the Echidna attacked Sonic and her mentor.

My family and I loved the first one, so we're glad there's a sequel in the works

Didnt care for the first one at all. Improvements I like to see in the sequel:

- Get rid of the dumb human characters besides Carrey's Robotnik.

- Have the movie be mostly about Sonic & Tails tracking down Eggman in his world for all of the movie. Also add Knuckles.

- Tone Sonic's overly annoying hyperactive personality down. I couldn't stand this version of Sonic in the movie and wanted him to shut up. That was not the Sonic I know from the games. It felt more like Adventures of Sonic the Hedgehog Sonic than Modern Sonic.

Those 3 things will make the sequel 100x better.

They have to save Knuckles for Sonic the Hedgehog 3 (& Knuckles) :P

I quite enjoyed Adventures of Sonic the Hedgehog. I found SatAM boring.

I’m not much of a Sonic fan, which is probably why I enjoyed the movie. I didn’t have many preconceived notions about his personality. As far as I knew he’s impatient (cause of the foot tapping). I guess he’s supposed to have “attitude” but that didn’t really come across in the games I played.