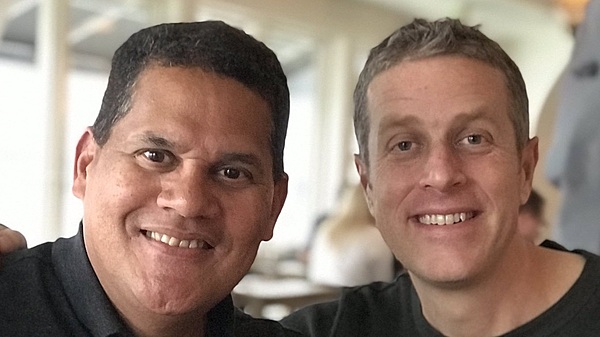 Reggie Fils-Aime and Geoff Keighley have quite the history. The two have faced off in numerous Nintendo games, sat down for multiple interviews, and poke fun at each other every chance they get. It's clear the two are friends outside of their jobs, which is why the two are teaming up once again.

Geoff Keighley is going to be on the next episode of "Talking Games With Reggie And Harold," a podcast Reggie Fils-Aime just recently kicked off. The two are sure to bring up old rivalries during the discussion, and if we're lucky, maybe they'll face off in something else! The episode goes live on Monday, June 1st, 2020.