Reggie was confused for a security guard at his first E3 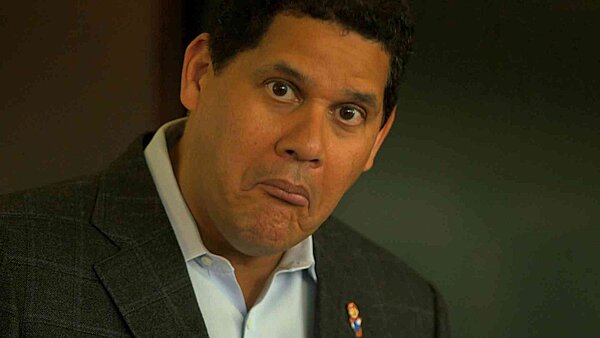 Reggie would become a household name for Nintendo fans with his numerous E3 appearances, memes, interviews, and more. It's hard to remember a time when the big guy wasn't part of Nintendo culture, but those days did exist.

On a recent episode of the Talking Games With Reggie And Harold podcast, Reggie took a moment to reflect on when he first joined up with Nintendo. Back when he was gearing up for his first E3, his debut on stage was almost derailed due to a security guard issue.

So I’m there in a two-piece suit with a black t-shirt underneath, standing, looking out onto the crowd, and we had various staff running around, doing things. Everyone had to be badged. They needed to have ID that showed that they were allowed to be where they were. So I’m standing there, gazing out to the crowd, and there was a member of a staff that came close to me, and I turned and looked at them, and literally they just stopped – rigid. He starts fumbling for his ID, and he’s like, he’s showing me his ID, like ‘it’s okay for me to be there.’ This guy thought I was the security guard. So imagine what’s going through his brain when the conference starts, and the lights go up, and he sees me. I mean, he must be saying to himself, ‘What’s going on with Nintendo that they’ve got the security guard giving the presentation? What is this?’

I'm pretty sure Reggie could beat up a few people in his day.

That's probably how he learned to take names and kick asses.

That's our Reggie. He's one of a kind.