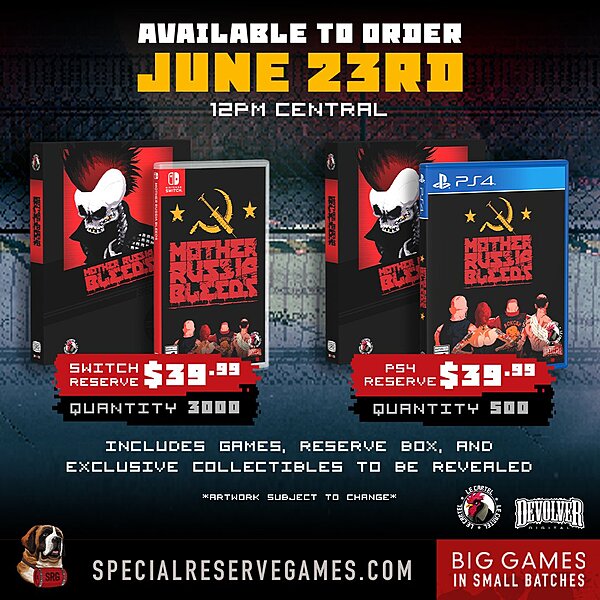 Special Reserve Games has announced that they're handling a physical release for Mother Russia Bleeds. There will be just 3,000 copies to go around, and preorders open on June 23rd, 2020. 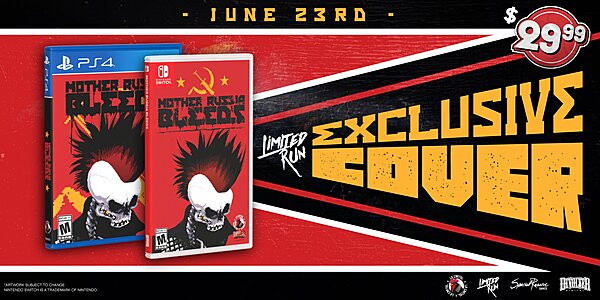 Along with that, Limited Run Games is doing a variant cover for Mother Russia Bleeds as well. You'll have to head to Limited Run's site to get the above cover, which also goes up for grabs on June 23rd, 2020.

Got this on sale for 1 dollar this week. The physical release will appeal to.collectors though.