Long before the Netflix deal, Castlevania's animated series was going to be a direct-to-video trilogy 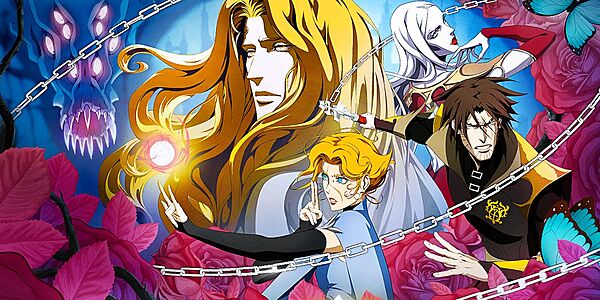 Netflix has found great success with their Castlevania animated series. Season 3 was a success, and season 4 is already in the works. Netflix definitely made the right move picking up the pitch, but there was a time long ago when Netflix wasn't even in the picture.

In an interview with AWN, executive producer Kevin Kolde reveals that people were working on a Castlevania pitch all the way back in 2012, and the original plan was quite different from what we got today. The team involved back then were going to create a direct-to-video animated trilogy, but as they saw direct-to-video die out, they waited a number of years until a better opportunity presented itself. That's what eventually lead to a pitch for Netflix.

“They went for it pretty quickly, but I think it was still a difficult decision for them because they were dealing with a lot of animation that was more kid-focused and this was very much adult animation. But we were lucky enough to work with people like Larry Tanz and Sam and Adam Deats at Frederator Studios, who decided this show was still worth doing.”