GoNintendo Feature: Remembering what the SEGA Genesis taught me on SEGA's 60th anniversary

Here's a first for me. I used speech-to-text to write today's feature. I've never used it and thought I'd give it a go in Google Docs. All in all, it was a pretty great experience! A few hiccups to be sure, but it definitely sped up the process. I think I'm sticking with it! As always, thanks for reading. 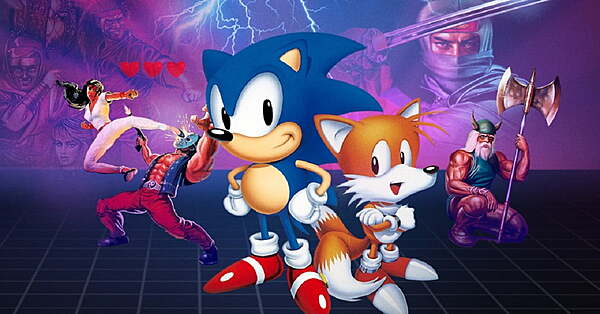 Back in the 90s, kids were either team SEGA or team Nintendo. You were supposed to pick a side and fight about it on the playground. We all argued passionately, but truth be told, none of us had any idea what we were talking about. It was a silly battle about blast processing, mode7, Mario, Sonic, and a bunch of other random stuff. That's just the way it was.

When it came to discussions with friends/acquaintances at school, I firmly placed myself on the side of Nintendo. Thinking back on it now is quite embarrassing, but then again, lots of things you do when you’re a kid are embarrassing. I used to sing the virtues of Nintendo every way I could possibly think, all while hiding a dark secret. Tucked alongside my Super Nintendo underneath my 19 inch TV was a SEGA Genesis.

While I certainly do love Nintendo, I love video games in general even more. That's why even my die-hard Nintendo fan status couldn't keep me from wanting a SEGA Genesis. My love of Nintendo's games wasn't waning, but I couldn't resist the snazzy marketing that SEGA had put together. I wanted to see what Sonic was all about, I needed to get my hands on Toejam & Earl, and Streets of Rage was calling to me unlike any other. 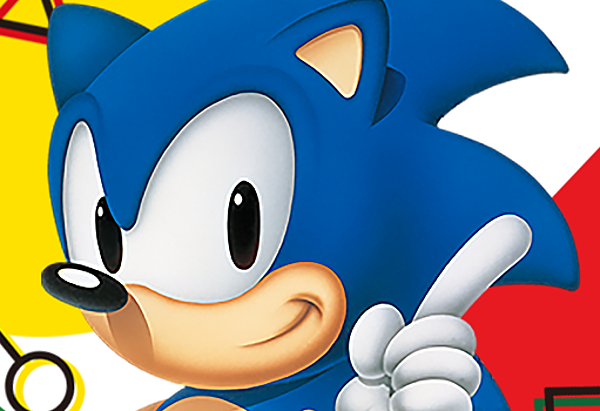 Up to that point in my life, my parents had bought my video game systems. They purchased my NES, Game Boy, and Super Nintendo. When I wanted to get a Genesis, I had to beg and plead with my parents to get one. The discussion eventually led to a place that really scared me. My parents said that video game systems were just too expensive, and if I got the SEGA Genesis, it would be my last console from them.

Being a kid, this made me super upset. Looking back on it as an adult, it makes perfect sense. My parents weren't well off, they had bought me countless game systems and video games over the years, and they both worked ridiculously hard to make sure I could spend time enjoying my hobby. Truth be told, looking back now, it's hard to understand how they made it all work.

Are my parents really going to make the SEGA Genesis my final system? Was I willing to give up whatever platforms came out afterwards just so I could see what SEGA was up to? When you're a kid and you really want something, it's hard to look past the thing you're fixated on. I went back and forth in my mind on what I wanted to do, and eventually I decided that I didn't just want a SEGA Genesis, I NEEDED it. 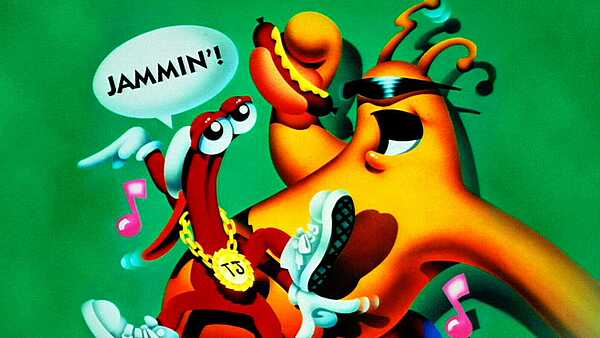 A few months later, the glorious day came. For my birthday, my parents gave me a SEGA Genesis and a copy of Sonic the Hedgehog. I will never forget hooking that system up to the TV. I plugged it in as fast as I could and slammed the cartridge in so hard that I almost damaged it. I just couldn't wait to fire up the TV and see what Sonic had to offer. I had seen Sonic in TV commercials and read about him in game magazines, but now was my time to see what he was all about.

The music, the visuals, the presentation, it all seemed so different from what Nintendo was doing. I almost felt a little dirty playing it, but I felt fantastic at the same time. This was a feeling I got from Genesis titles in general. There was something about the Genesis and its games that felt a little rough around the edges, but in a very good way. Just like Sonic himself, it felt like SEGA had an edge to them. There was something back then, especially in the advertising, that made them seem like the cool choice to go with. I would never turn my back on Nintendo of course, but I couldn't deny that I was really enjoying what SEGA had to offer.

My foray into the Sega side of things would take me down a whole new path of games. Sonic the Hedgehog, Toejam & Earl, Streets of Rage, Rocket Knight Adventures, Ristar, Golden Axe, Vectorman, Shinobi, and so many others. So many games that I would have never had the chance to experience without the SEGA Genesis. These were the titles, along with countless others, that convinced me that picking up a SEGA Genesis was the right decision. 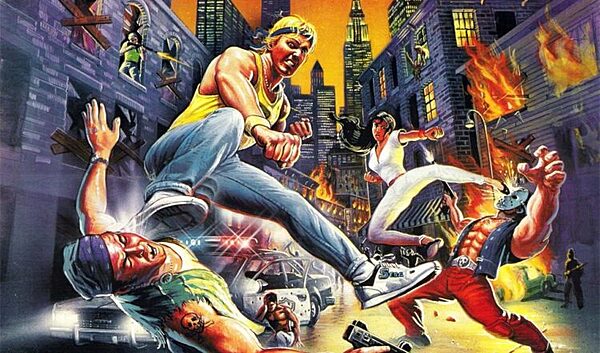 The SEGA Genesis also taught me something a lot more important about video games in general. I realized it was dumb to pledge allegiance to just a single video game company. Back in the day I did love video games in general, but I felt the need to defend Nintendo whenever discussions of competitors came up. No matter the statement, no matter the argument, I would always say that Nintendo was the best. Again, I look back on this and I really cringe. Sure, I was a kid, but it's still embarrassing to know that I acted this way.

I certainly love Nintendo to this day and I think they’ve put out some of the greatest video games ever. That said, giving the SEGA Genesis a try allowed me to expand my horizons and helped me to realize just how great video games in general can be. Countless companies, countless developers, countless publishers are all capable of putting out absolutely unbelievable software within this industry. There's nothing wrong with following a company and really enjoying what they do, but blindly ignoring what others do because of a blind allegiance causes you to miss out on hundreds of amazing games.

I'll never forget how the SEGA Genesis led me to that conclusion. I gained a better understanding of video games in general thanks to my time with the Genesis, and I grew as a gamer as a system grew on in years. The Genesis led me to be a lifelong SEGA fan as well, and I still follow them to this day. I'm always eager to see what’s next with their brands, and I always wish them the greatest success in this industry. The industry just wouldn’t be the same without them. 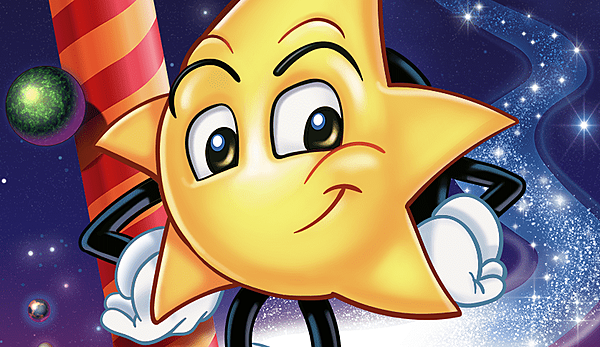 P.S. - Yes, my parents stayed true to their word. They never bought me another system, but they did buy me games for subsequent systems. I had to save my own money and trade things in to make it happen, but you better believe I did!

Hehe.. "Those were the days" thoughts, eh?

We were like several kids with some different systems back then. The NES was the most famous, but we all had different games or them. I had Ice Climbers, Double Dragon, Fester's Quest, Kid2 had Punch-Out and Mega MAn and the third kid had games like Excite Bike ... All among many other games.. But the other kids had their Ataris and Segas too, so we coud all go over to each other's places and get different experiences. Pitfalls and Space Invaders or AlexKid...Also, thanks to my older brothers we had Commadore and even pong at a time. BUt I also had a Nintendo side back then. I didn't hate the others obviously. I loved playing games in general, but my "heart" was closest to Nintendo. The Console wars didn't help much with this mentality. Problem is, that mentality still lives on today, just not so "aggressive". I still hear people say "I wil not have a Nintendo!" or "I'm a hardcore gamer with my PS4"..And all this from people my age. And just looking at some forums that still lives on..

Today I'm a collector though. Got 13+ consoles, all working and with games. But my parents wanted me to sell the old before I got a new one (they would pay th extra, of course).

Congrats, SEGA! I still enjoy your systems and games =)

This was a delight to read, RMC! When I was a real wee tyke, my brother had a SEGA Genesis and NES. I was lucky to experience both worlds. The Genesis got more use because of set-up reasons (games easier to get to work, easier to connect to the TV) so unfortunately I didn't have quite as much experience with NES outside of Super Mario Bros. 1 & 2, Duck Hunt, Gun.Smoke (one of my favorite NES games!) Little Nemo, Dr. Mario, and a couple others at the time. The local video store I mentioned over on Patreon also seems to have stopped carrying NES games as much; for some reason I always went for the Genesis section by default. I really, really wish I could step back in time and see what else the place had to offer at the time, as my memories when I was 4, 5, 6 years old get a little vague sometimes. You'd think I'd know the place like the back of my hand since I was in it so much, but I'm pretty sure my Mom kept me on a pretty tight leash so-to-speak. I knew which sections I was allowed in and wasn't!
After this, though, I would get my own brand new console in the SNES in 1997, right before the N64 launched. I was pretty much a Nintendo kid after that, with the exception of picking up a cheap PS1 for $50 at Walmart before they stopped selling them. I would eventually get to play other SEGA exclusive titles like Sonic Adventure through the GameCube though.

I'd like to believe I played at least half or more of the Genesis library through that video store. I know some games I rented so much it would have been cheaper if my Mom had just bought them for me! Sometimes they did sell the games they had if the system was going out of style or the games weren't doing well and were taking up space. That's how I got my copy of Spot Goes to Hollywood for Christmas one year; my Mom's cousin ran the store and they probably couldn't find the game anywhere. So I have the rental copy and manual, which is very special to me since our cousin passed several years ago. Even after the store shut down, she always told me I was welcome to come to her house to borrow any movies she may have had left over. I'm sad now that we never did. She and that store were such a huge part of my childhood. I may never have had such a pining for video game media if it wasn't for her and that store, and the SEGA Genesis is right in the middle of it all.

Funny as I am right now playing my Genesis Mini which has a load of great games.