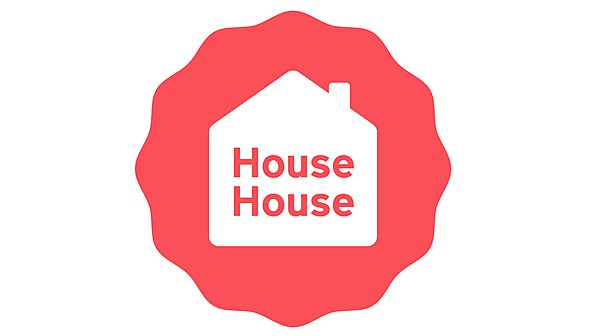 House House has taken to Twitter to announce solidarity with the Black Lives Matter movement. The company has donated $10,000 to be split amongst 60+ U.S. community bail funds and mutual aid funds. They have also donated another $10,000 in Australia to support the same cause.

Are you kidding, or serious? You know how few looters have been arrested? Compare that to the number of peaceful protesters you can see being harassed, attacked and arrested. The bail fund is to help those wrongfully arrested. There's a lot of resources to learn better and understand the situation with more clarity.

Bail funds?! That's a huge red flag right there. Don't be bailing out looters and rioters. Over 13 deaths now because of these people and every company is bending over backwards to please them.

People are free to do whatever legal thing they want with their money. Go pound sand if you don't like it.

Are you kidding, or serious? You know how few looters have been arrested? Compare that to the number of peaceful protesters you can see being harassed, attacked and arrested. The bail fund is to help those wrongfully arrested. There's a lot of resources to learn better and understand the situation with more clarity.

There's a lot of resources to learn better and understand the situation with more clarity.


I agree, please educate yourself.
https://www.youtube.com/watch?v=40C8UQUJsas

No problem, and yeah, those looters deserve no bail. I don't see how those actions help protesting in any way. If you feel to look at one more vid relating more directly to the looter bailout, check this. https://youtu.be/9OVX8sNCcjs

Also here's a more comedic meme to help lighten up the mood.
https://www.youtube.com/watch?v=9VDks6vGJcw

Don't tell people how to spend their money. If you're mad, you should be against cash bail to begin with.

I said they don't deserve bail, I never said they can't do it. That would be like me claiming you don't want me to speak freely cause of your comment just now.

Absolutely this. A lot of people are really lacking perspective here. I just hope some of the dissenters out there are actually learning and listening, and that the rest of making points and linking stuff helps that.

Yeah, they definitely wouldn't deserve bail, lol. But the problem is, most looters aren't even being arrested. You notice the police didn't even give chase? Why arrest peaceful protesters, but not go after actual looters?

There's a video where the police blocked off a car of a Black couple, slashed their tires, and dragged them out of their car. They were innocent passerbyers. The bail fund is for those kind of people. That's just the point I wanted to make.

I didn't watch the full video, but it would have been perfect if they added the guy with the sword getting folded. That was a golden one.

There is most definitely non violent protesters who are being grouped in with the violent ones, I will admit that. And the fact that police can't even manage to contain all the looting is a problem, both for the action of law enforcement and for the large amount of looting. One thing I should mention is that a lot of non violent protesting arrests made were for curfew violation, (something I'm greatly apposed to), but those arrest are literally just for the night. There's this other recent story where a looter was shot while on his knees cause he was holding a hammer that was mistaken for a handgun, I don't necessary blame the officer for that because with all that's going on it's hard to make sound calls. I look at this as a storm more than a protest now, if you don't want to be caught in then you'd best stay clear and protect yourselves. Bail outs to me will only extend the rioting cause for a lot of people they will just go back to looting and throwing more bricks.

So here's a question I've genuinely asked people before, if the police don't know who the violent and non violent protesters are, how would the bail out groups know any better?

I just think it's unfortunate that the police have used this opportunity, during peaceful protests, to do more police brutality and arrests. The curfew ones are BS too, agreed.

The police are trigger happy, period. The guy didn't deserve to be shot, though he should have faced justice. But there's no denying how violent and trigger happy the police are, especially now.

The people working with bailout funds keep careful track of what's going on. They look at the charges, the context, and are following news and information like he rest of us. They're not dedicated to just letting any walk the streets again.

The issue is, the police do know who are and aren't violent. They're watching people and making their decisions. There's videos of White protesters trying to protect Black protesters, all of them peaceful, and the police reaching around or even shoving White protesters out of the way to beat and arrest the Black protesters. Even the military is saying they're alarmed by what they're seeing and it's frightening to them. And they don't touch civilians.

Here's a link to the Minneapolis one where they explain a couple of talking points. https://minnesotafreedomfund.org/bailbondfaq

I would argue that the police are extremely restrained right now, ( it's also why the are more rioters shooting and killing the police than there are vice versa right now).
https://apnews.com/83b1ecab54f039bbd30346a218a4c994

I also don't think it's fair to say that the police do know who is violent and nonviolent but choose to beat non violent protesters anyways. You were just talking about perspective earlier, I think in those stories you mentioned, there could be videos showing the police getting through to arrest the protesters but do they show the whole picture? We don't know what could have happened prior to what had been filmed or what had been left out. It's best not to make assumptions and instead take the time needed to get all the information together, to see both sides to the story.

But... they're literally not. There's multiple videos and reports of the excessive force and brutality they're exhibiting. In fact, they're doing a great PR job of pretending to be more restrained and even pro-protest in front of cameras, and immediately teargassing and shooting rubber bullets at people right after. This is a very common tactic they're using, at an alarming rate.

The police do know, because they are there watching them. There's video evidence, extended and shorter videos, of police confronting people who are being peaceful. Some of the videos do show the whole picture. These are two children in this video. The police were very comfortable grabbing and shoving this young woman trying to shield this young man. https://twitter.com/shomaristone/status/1267325770814443520

We'll have to agree to disagree at this point.

I'm sorry but that was very gentle of the police. Take another look at the video you linked me, a large rock was hurled at the police and blocked by his shield, that officer was right next to the young woman and it's easy to see why they would want to moved them out of the way. Had those projectiles been off by a little bit, a rock could have hit those two children who where basically defenseless.

Don't be bailing out looters and rioters.

Sounds like your issue should really be with the judges granting the bail instead of the organizations paying it.

That's quite a jump to conclusion.

I could say something like "don't buy lottery tickets" or "don't smoke" but that wouldn't mean I'd wan't the banning of said products altogether. People are allowed to make stupid decisions and throw their money away, same goes for companies.

I could say something like "don't buy lottery tickets" or "don't smoke" but that wouldn't mean I'd wan't the banning of said products altogether.

I didn't say you wanted to ban bail. I said your belief that Bad Things will happen if people are given money for bail is irrational.

People are allowed to make stupid decisions and throw their money away, same goes for companies.

lol what exactly do you think is going to happen to House House's money?

Like they give the money to the bail funds and the bails funds use it to get some people out of pre-trial detention and then... what? Does crime become legal for people out on bail? Is it like The Purge?

That's lovely! Donating to bail funds is especially crucial right now, and it's clear they did their research about where to put their money. I respect that. So glad to see some of that go to Australia too.