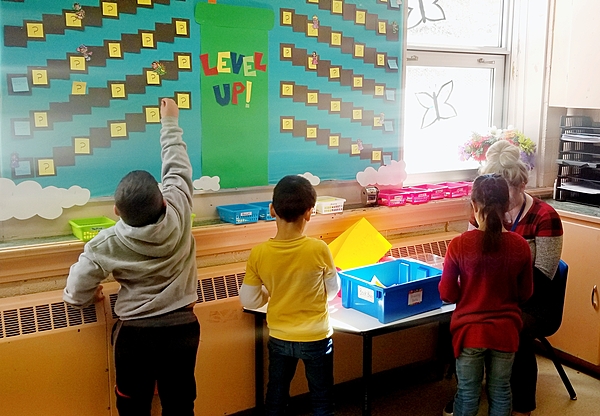 While plenty of kids would rather be playing video games than sitting in school, two teachers at the Hazen White-St. Francis School in Canada aimed to bring a bit of the gaming world to their lessons, and they ended up winning an award for it.

Kindergarten teachers Ellen Higgins and Rhonda Magee put together a Super Mario Bros. theme with their lessons in order to set individual goals for students. Every time a student made progress, they would get to see their Mario character climb up a chart. The lesson did away with special rewards or prizes for topping the class, and instead let students see just how much progress they've made. It turns out this video game representation was a major motivator for the class.

“We have five-year-olds running into the class, begging to work on their goal and move up a level, which we’ve never seen before. They truly have developed a growth mindset and are in charge of their own learning. It’s really exciting. With this system, everybody feels success and pride in themselves, which is paramount to viewing yourself as a lifelong learner. They’re not relying on getting a toy, or extra recess time. They do it because they want to do it. It really creates great habits for them.” - Ellen Higgins

Due to the success of the program, Ellen Higgins and Rhonda Magee were among the 13 recipients of the National Inclusive Education Award presented by the New Brunswick Association for Community Living.