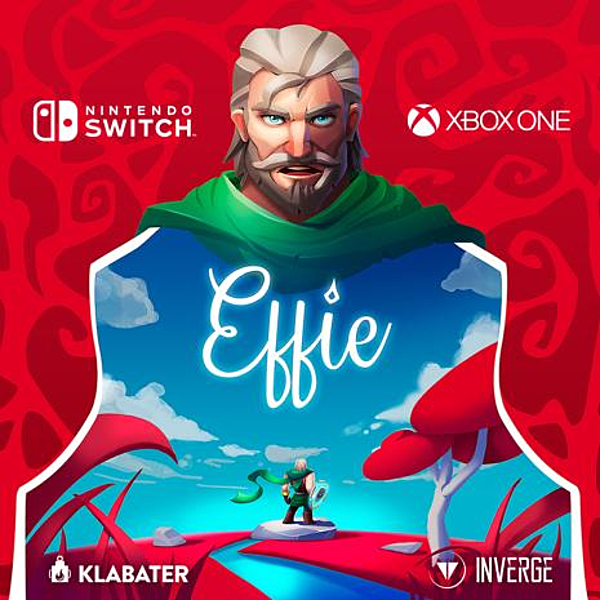 Inverge Studios has announced that their 3D action-adventure platformer Effie is now in development for Xbox and Nintendo Switch. Released for PC and PS4 in June of 2019, the game will be coming to new platforms for a wider audience thanks to publisher Klabater.

For screenshots and more info, check out the Steam page here!

Effie is a 3D action-adventure game that combines classic elements from the genre, such as combat, platforming, and puzzles, with the exploration of an expanded world. Live a unique fantasy adventure, free the cities from a powerful and dark evil, and relive the look and feel of old-school video-games!

Experience a unique adventure
Delve into the adventure of Galand, a young man in his quest to recover his youth after a witch cursed him with premature old age. Defeat all the sinister creatures, overcome all the platforming challenges and solve the most complex puzzles!

Runestone, your travel companion
A powerful black magic controls the cities of the region of Oblena. To face evil, you will carry a magic shield that will allow you to defend yourself, to fight and to surf across the red grassland. It will gradually grow in power and skills!

Relive the feeling of old-school video-games
We all have fond memories of those incredible classic 3D action-adventure games. We have used those references to bring those sensations back to life again, but with modern graphics, controls and game-play!

Effie is inspired by games like:
- Ratchet and Clank
- A Hat in Time
- The Legend of Zelda - Saga
- RiME
- Abzu
- Yooka-Laylee
- Rayman - Saga
- Spyro
- Crash Bandicoot

French consumer organization looking to sue Nintendo over Switch Joy-Con drift, says it's part of a "planned obsolescence" scheme
Sep 22, 11:25 by amb Sep 22, 10:52 by grcpan
Standard physical releases for Ori and the Blind Forest: Definitive Edition and Ori and the Will of the Wisps coming this year
Sep 22, 11:18 by sligeach_eire
Polish retailer updates their website with multiple mentions of "Switch Pro"
Sep 22, 11:02 by acmiguens
My Nintendo's Super Mario pin set officially sold out
Sep 22, 11:00 by acmiguens Sep 22, 10:41 by cassidy