GoNintendo Feature: 5 games that should be in the Switch Online SNES Collection

We couldn't leave you hanging for our SNES picks for the SNES Collection on Switch! We're back with our first round of 5 picks. You can bet we have even more to share in the future! As always, thanks for reading. 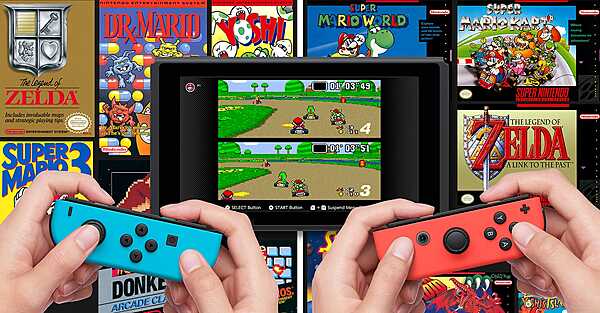 Last week we put together a feature on 5 games we felt deserve a spot in the Switch Online NES Collection. You knew we had to shift our attention to the SNES side of things as well. Both collections could use a boost in overall titles, but there's no doubt the SNES is hurting more in terms of quantity.

Just like last time, we're diving into our personal history with SNES games to pick out what we think would make for a great fit. On top of that, we're once again staying away from first party titles, as we can all agree that every first party SNES title deserves to be included. Let's instead let the third party titles shine and call out some gems of the 16-bit era. 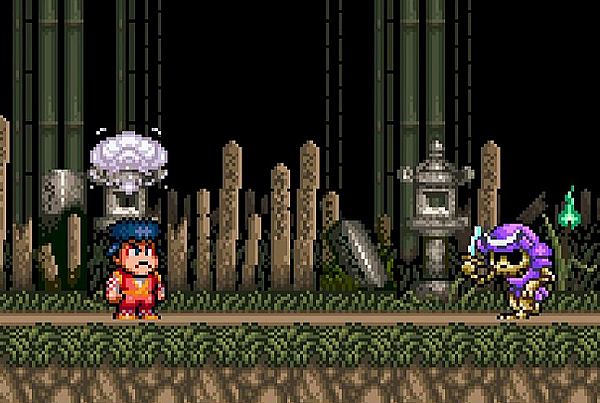 Legend of the Mystical Ninja

Back when I originally saw Legend of the Mystical Ninja, I had no idea what it would be like. I picked up the box at my local rental store and thought the graphics looked nice. I decided to give the game a whirl, and it ended up becoming one of my favorite SNES games of all-time.

If you haven't played Legend of the Mystical Ninja, you're in for a real treat. This is Konami at the top of their game in the 16-bit era. The action is top-notch, offering up some fantastic platforming, side-scrolling fun. Level design is fantastic, multi-faceted, and challenging. The game's visuals are crisp and clean, while also pushing the SNES's scaling features in multiple ways. Best of all, the game's soundtrack is truly unforgettable, really showing what composers could do with the SNES.

For even more fun, throw in a friend for some local co-op. If they could get that co-op feature working for online play, Legend of the Mystical Ninja could find a whole new life. A game I've played countless times over, and will jump at the chance to run through again. 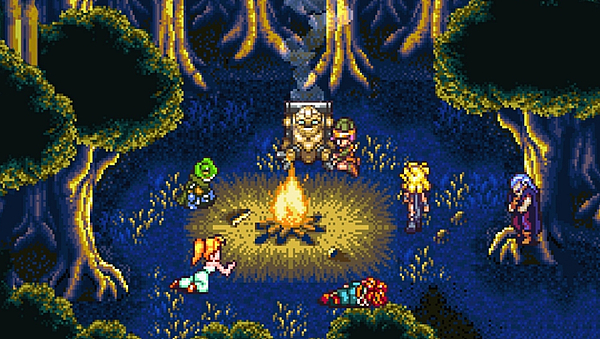 I don't know about you, but I think it makes sense for one of the most highly-regarded and critically-praised RPGs of all time to find its way to the Switch, don't you?

Chrono Trigger isn't just one of the best SNES RPGs. It's widely considered to be one of the greatest RPGs ever released, and one of the best games period. The game was a true step forward for writing in RPGs at that time, and the many branching paths and outcomes lets players relive the adventure over and over again. It also happens to be absolutely gorgeous, and features a soundtrack that's undeniably timeless.

An unforgettable cast of characters and a tale worth retelling, Chrono Trigger definitely deserves a spot in the SNES Collection. 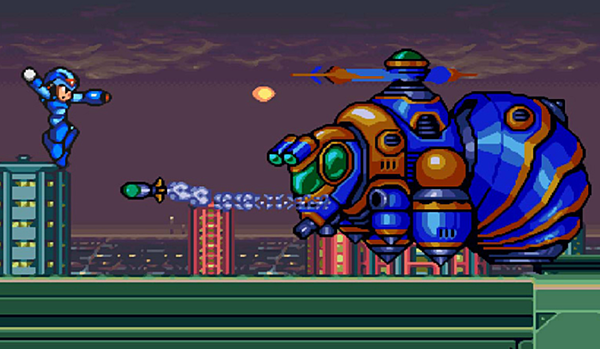 Mega Man's jump from the NES to the SNES ended up being one of his finest adventures, and that's saying a lot for a series that held such a high bar of quality in the 8-bit days.

Mega Man's debut on the SNES gave us the classic Mega Man action we loved, but with a set of new wrinkles and twists. With Mega Man X, fans could now find multiple upgrades for Mega Man outside of the usual Robot Master weapons. Mega Man X also brought in a wall kick and dash as well, which made for a whole new way of traversing stages, and new approaches to level design as well. Even the SNES controller helped out on this adventure, as you could now easily scroll through your weapons instead of having to pause and select.

Throw in a kick-ass soundtrack, which is par for the course with Mega Man, and you get one of the best action/platformers on the SNES. Mega Man X had a number of great outings on SNES, but it's hard to top the original. 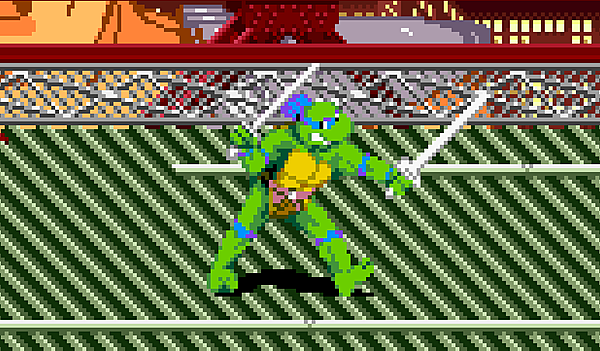 There had been ports of arcade games to the NES, but they obviously didn't measure up in the graphics department, and sometimes were lacking in the gameplay as well. TMNT IV: Turtles in Time showed that the SNES was capable of bringing home an arcade experience that was extremely faithful to the original, and could even improve upon it in a number of ways.

TMNT IV: Turtles in Time was the hottest arcade game around at the time, and having it come home to the SNES was like a dream come true for Turtles fans. It was a bold, colorful, action-packed beat'em-up from Konami, who were really on a roll with the Turtles franchise at the time. There had already been numerous installments in the TMNT game series by this point, but TMNT IV: Turtles in Time is the shining gem. It was bigger, packed in more enemies, and felt even closer to the cartoon than previous titles.

This great beat'em-up from the 90s is still just as great today, and getting in on online co-op action with TMNT IV: Turtles in Time would be a dream come true. 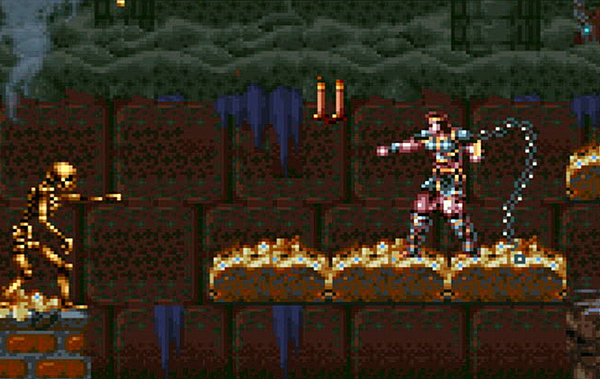 Castlevania was yet another series that had become synonymous with Nintendo back in the day, thanks to the 3 NES installments. Fans of the series were happy to see that a new installment was coming to the SNES, but man, we got something leagues beyond our greatest expectations.

Once again, Konami showed that they were more than ready to push the SNES to the limits. Super Castlevania IV is everything you could want from a traditional Castlevania game and more. It's an absolute stunner in the visuals department, remaining one of the best-looking games on the platform to this day. The soundtrack continued the series' legacy of amazing tracks with remixes of classic series tunes and all-new songs that fit in perfectly. The traditional Castlevania gameplay was refined and expanded as well, with expansive levels and an expanded moveset. A whip that now worked in any direction gave you more versatility than ever before, and also made it insanely fun to swing around on grappling points scattered throughout levels.

If the Castlevania series ever returns to its roots, Super Castlevania IV is the blueprint for success. Not having this one in the SNES Collection is a downright travesty.

There's five games we think deserve a spot in the Switch Online SNES Collection, and hopefully you agree. There's certainly many, many more games that should be on the service as well, and we'll bring you a feature on those sometime in the future!

There are SO many amazing SNES/Super Famicon games. My top 6 to add to NSO would be:
- ActRaiser
- Terranigma
- Front Mission Gun Hazard
- Treasure of the Rudras
- Ganpuru Gunman's Proof
- Live-a-Live

@REDJEDIA
Unfortunately not on the Switch Online SNES service.

There are allot of SNES games that would be cool to have on the Switch Online SNES service. from Castlevania, Contra, Star Wars and so on. To bad there is this license issue.

As great as TMNT IV, chances of release are slim unfortunately. As for Castlevania IV, I wonder why it's not there (maybe because they want to sell the collection). Mystical Ninja is one of the SNES greats it's in the Super Famicom Mini, but not SNES classic. Hope to see it on Switch Online as well.

Super Castlevania IV was the first Castlevania game I ever played and will forever hold a special place in my heart. I'd love if it would show up on SNES Online at some point. I don't get to hang out with friends much anymore due to work and family, but with the online aspect it'd be great to play through it with some friends.

Turtles in Time would be fantastic but I doubt that would ever happen.

I never owned an SNES, but my friends had some random third party games that were fun. I remember there was a Tiny Toons one that I would love to play again

Oi! What about Earthbound?

Yeah, all great choices there.

There's got to be a reason why they are absent. Maybe a remake somehow. They're on the 3DS so I don't see why they couldn't make it to Switch

I know quite a few people who love/now know of K.Rool thanks to Smash but have never played any of the original SNES trilogy and have no way to play them as they only own a Switch. Nintendo get on it!