Analysts believe Nintendo may be slowing down mobile game development, shifting focus back to traditional platforms

Your call has been disconnected
22 June, 2020 by rawmeatcowboy | Comments: 16 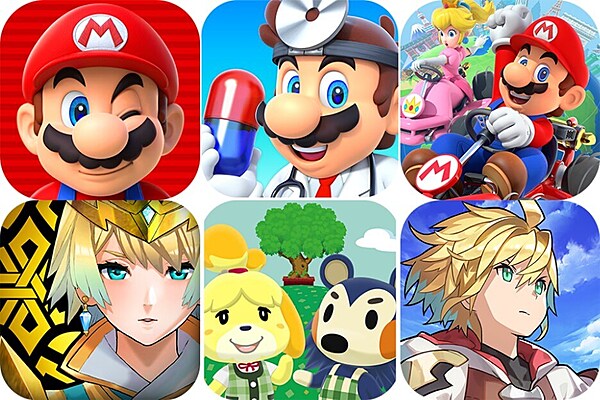 Ever since Nintendo entered the mobile market, fans have been worried that this would signal a shift away from traditional games. Nintendo repeatedly said that wouldn't be the case, as they wanted their mobile offerings to funnel people back to their hardware. Still though, fans were fearful that major mobile success could pave the way for changing plans.

While Nintendo themselves hasn't come right out and said they're moving away from mobile altogether, there have been some hints at slowed support. Back in May 2020, Nintendo president Shuntaro Furukawa said, “We are not necessarily looking to continue releasing many new applications for the mobile market.” Now analysts are thinking the Big N is heading further in that direction following the success of Switch.

According to Serkan Toto, a mobile games consultant in Tokyo, “since the release of Mario Kart Tour in fall 2019, Nintendo’s mobile pipeline is empty. In a sense, Nintendo’s enormous success on console reduced the need and the pressure to put resources into mobile.” It's not surprising to see how Nintendo would want to swing back more towards traditional hardware/games seeing the success of Switch, as Nintendo has always felt their games work best in conjunction with their hardware.

Nintendo also never seemed too crazy about the idea of milking customers for money on mobile. The mobile game scene is filled with microtransactions left and right, and Nintendo has tried multiple times to steer away from that. They have put out titles like Super Mario Run, which asked for a one-time fee of $10, but most players rejected that proposal. A source close to the matter spoke to Bloomberg on this subject, and they said Nintendo asked its mobile development partners not to force players to spend a lot in games. Welcome news for traditional Nintendo fans looking to take in Nintendo's mobile efforts, but something that doesn't seem to resonate with the mobile gaming market right now.

Nintendo doesn't have any announced mobile games in the works right now, but that doesn't mean more aren't coming. Nintendo could reveal a surprise mobile game any day now. That said, while Nintendo has found millions upon millions who are willing to download their properties on mobile, it's only traditionally-monetized games like Fire Emblem Heroes that have found real success. Whether the success of Switch, Nintendo's thoughts on mobile monetization, or the lackluster revenue from other Nintendo mobile titles is the reason, the end result seems to be a win for those who like Nintendo's games on traditional hardware.

Thanks to Sligeach_eire for the heads up!
Source: Link
Rating: 18

Good. Tired of getting pissed off seeing all the cool stuff we BEGGED for years for console MK coming to Tour. Characters like Pauline, Dixie Kong, Funky Kong, Diddy Kong, Birdo, Real King Boo, actual reverse racetracks, the return of Double Dash special character items, missions, a bunch of returning classic karts. Feels like a slap in the face to us Switch owners (who owned a Wii U) where the only MK we have gotten is a Wii U port with no DLC. Not to mention MK8's roster is a complete joke.

I never thought this day would come.

Nor did I ever think there was any money in Nintendo doing mobile games but investors really demanded it.

As someone that plays Mario Kart Tour I can say this is great. The content has become terrible, the prices outrageous, and the Gold pass a joke.

Mario Kart Tour's gameplay is great, but the gacha is awful. You can't get many points in a race unless you have the especific characters, karts and gliders. Prices are high, I refuse spending money on this game.

Super Mario Run, on the other hand, is a great game overall and feels like a complete game. Wish at least the Tour mode was offline.

That's an overall good thing. I do think you can make a good mobile game, both as an experience and not be a pain on your wallet, however Nintendo's resources are scarce despite merging their handheld and console divisions. I don't want to go through so many gaming droughts on my Nintendo consoles and until they beef up their talent pool, Nintendo should make more console games.

I only played Pocket Camp to tide me over until New Horizons. Dropped it like a bad habit once the proper game came out. Otherwise I haven’t given two shovels about Nintendo’s mobile efforts. It’s a little sad to see them adding new costumes and such to Mario Kart Tour when those could be updates to Mario Kart 8. What a waste.

Good. Tired of getting pissed off seeing all the cool stuff we BEGGED for years for console MK coming to Tour. Characters like Pauline, Dixie Kong, Funky Kong, Diddy Kong, Birdo, Real King Boo, actual reverse racetracks, the return of Double Dash special character items, missions, a bunch of returning classic karts. Feels like a slap in the face to us Switch owners (who owned a Wii U) where the only MK we have gotten is a Wii U port with no DLC. Not to mention MK8's roster is a complete joke.

Wish we got those characters, plus Hammer Bro, on Mario Kart 8. Other things I enjoyed from Tour are the reverse and T tracks, which are great variations of the original tracks.

I will say that FEH and Dragalia are pretty much top tier mobile gacha grind, but that isn't saying much. Would rather play Arknights. Pocket Camp dressup game can't be beat, but the advantages you get with microtransactions are absurd. And Dr. Mario is just kind of there.

Mario Kart Tour as we all know is a travesty.

But I guess the joke is on me for playing all of these games for so long. Dang.

"A source close to the matter spoke to Bloomberg on this subject, and they said Nintendo asked its mobile development partners not to force players to spend a lot in games". Guess this message didn't reach the Mario Kart Tour team.

Aside from Metroid prime 4 which was announced in the beginning we really don't know much of the future for Nintendo going forward this year on anything.

My theory is that they never quite figured out the right monetization strategy. I've played most of Nintendo's mobile games, and none of them make me want to pay money because their gacha system is so unrewarding. I decided I wasn't going to pay money and would just try to enjoy them for free.

The only one of them that remained fun even when free was Fire Emblem Heroes (if you don't count Super Mario Run). I tried buying orbs once in Fire Emblem Heroes and it felt like such a waste of money that I went back to only playing for free.

But shying away from mobile is great news. Seeing decisions they made for mobile Animal Crossing and Mario Kart was actually hurting my opinion of Nintendo.

I don't understand why people are so worked up on this. Like seriously, the only successful thing to come out of Nintendo's pocket was Heroes and Pokemon Go. Rest of them couldn't even come on par with that.

Not to mention that their software from their consoles sell more and make more than every single mobile game that they have produced thus far. So why would the fear of them moving to mobile even be triggered if they can't even compete in the market let alone dominate it?

Nintendo also never seemed too crazy about the idea of milking customers for money on mobile. The mobile game scene is filled with microtransactions left and right, and Nintendo has tried multiple times to steer away from that.

Reading some of the comments right here it doesn't sound like they steered away from it at all.

Mostly, they didn't. There was moment when they told one of their mobile developers to reel it back at bit and not be so predatory with microtransactions (I think it might have been for Dragalia Lost). But when you examine most of their games, they milk customers just as bad as many other mobile games.

I remember making a thread topic last year about how Iwata said that Nintendo would cease to be Nintendo if they were to ever enter the mobile market. People on here were being brazenly ignorant of this despite it being true. It's hard to criticize a company without it feeling like an emotional attack on someone's brand loyalty.

Glad to see Iwata's ghost has finally echoed this prophecy to this final culmination. This can only be a good thing. Nintendo tried to enter the market and almost sold their soul for it. Look how terrible they've treated several IPs just to have even the slimmest of shots at it. Mario Kart Tour and Dr. Mario World especially feel like desperate last minute attempts to break into it with horrific monetization schemes and a bastardization of traditional gameplay.

I get tired of saying this but I'll keep on saying it: Iwata was right, and I told you so.