How are we already 24 years past the launch of the N64?! That seems absolutely insane to me. Man, I really am getting old. I better share some memories about the system before I forget them due to old age! As always, thanks for reading. 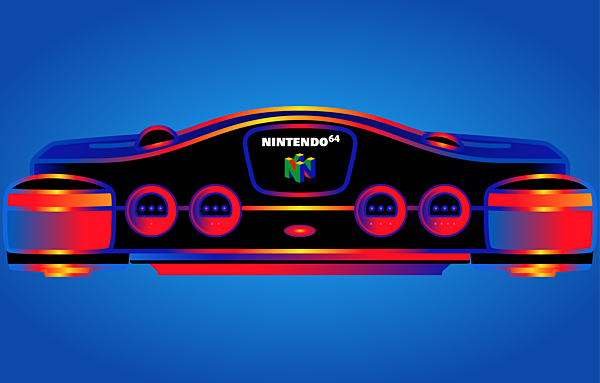 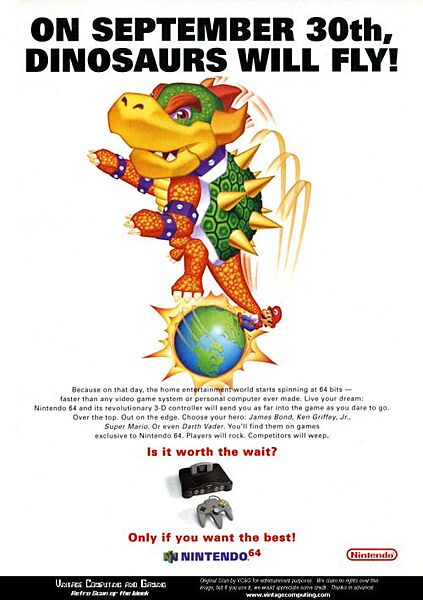 That ad, with a tiny picture of the N64 and just a few quite notes about upcoming games, was all I needed to have my hype boosted through the roof. Nintendo was heading into the 3D realm, and their biggest franchises were never going to be the same again. It was almost too much for my 14-year-old mind to comprehend at the time. It was such a monumental shift to look forward to. A whole new way to experience Nintendo titles, a completely different way to control them, and brand-new dimension to explore in.

Looking back on the N64 now is an interesting experience. As with any system there are pluses and minuses, but some of them are extremely high while others are quite low. The N64 gave us games like Super Mario 64 and The Legend of Zelda: Ocarina of Time. These are genre-defining titles that became some of the most influential titles that game industry would ever see. Titles that developers still look to and analyze to this day. The N64 also saw a rather lackluster third party offering, due to cartridge costs, platform adoption, and success of the Playstation. It was a fun, weird, and interesting time to be a Nintendo fan, and signaled some of the challenges ahead for the Big N. 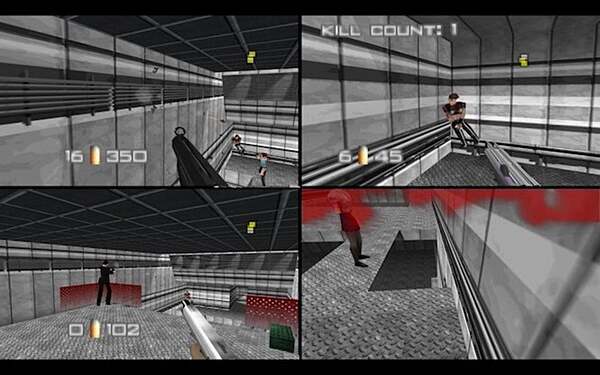 While a huge part of the N64's legacy rests in games like Super Mario 64 and Zelda: Ocarina of Time, there's another aspect of the system that probably means more to fans of the platform. The N64 was the first console to make 4-player gaming a standard. You didn't need a special adapter to bring in more friends to play. You had four controller ports on the system itself, which paved the way for bigger and better multiplayer experiences. Developers were reluctant to program games that supported more than 2 players on previous platforms due to the need for an added accessory, but the 4-controller port standard on the N64 let developers run wild with their multiplayer ideas.

To this very day, even with all the online interactivity we have, my fondest memories of multiplayer gaming come from the N64. It was definitely a simpler time for multiplayer games, but there was a beauty in that simplicity. Having to get your friends together to crowd around the TV for split-screen gaming might seem cumbersome by today's standard, but it was part of the whole experience back then. Your friends had to actually get together and hang out in order to play games together, and it made for memories I'll never forget. 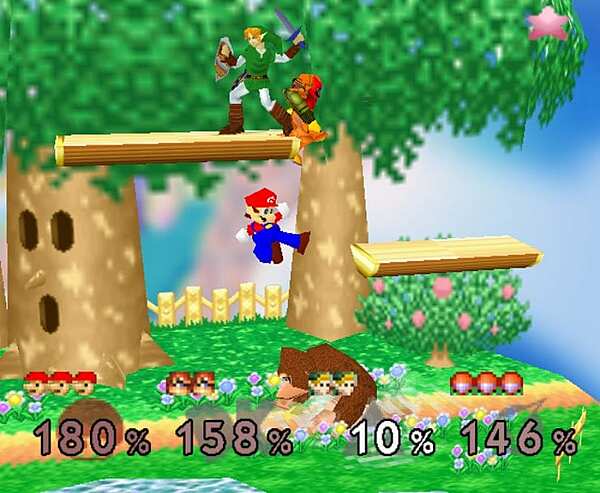 I can't even begin to tally up the amount of time I spent playing multiplayer games on the N64. There wasn't just one game that got all the love, either. There were so many titles that we poured hundreds of hours into, without a doubt. A quick tally of what sticks out in my mind includes Mario Kart 64, GoldenEye, Perfect Dark, Super Smash Bros, Mario Party, StarFox 64, Mario Golf, Worms Armageddon, countless wrestling games, and so much more. These were games we kept coming back to time and time again. They never got old, and we were always down for just one more round.

All these years later, there are very few games that manage to capture the multiplayer magic of the N64 days. Local multiplayer means so much to me, and that was the only way to play on the N64. Those multiplayer titles helped facilitate so many good times with friends and family. I can remember my living room with countless wires strewn across the carpet, game cartridges all over the place, and friends arguing who got stuck with the Mad Catz controller. It's so hard for any console today to capture that magic, as the industry moved on technology-wise since those days. Playing online just makes a lot more sense, and allows you to connect in ways like never before. Online gaming is definitely a wonderful feature, but it's hard to top that in-person connection. 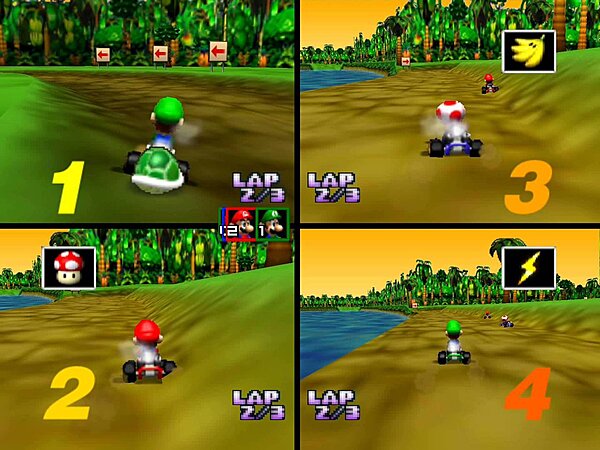 I still have most of the same friends today, and we play games online quite often. It's wonderful to keep that tradition going, facilitated by advances in technology. That said, we still keep going back to the N64. Within the last year alone, I've sat down with friends to play some of the classics. We put in time with Mario Kart 64, dabbled with Worms Armageddon, and even got right back into Super Smash Bros.. It had been a long time since any of us played, but it all came back to us instantly. No joke, it all felt just as good as it did back in the day. It's a true testament to just how strong the N64 was when it came to multiplayer fun.

Thankfully Nintendo has continued on with their local multiplayer legacy. Every console since the N64 has allowed for four players as a base, and allowed for more as well. Some might say that Nintendo's focus on local multiplayer comes at a detriment to their online multiplayer, and I do understand the sentiment. Nintendo does lag behind the others when it comes to online interactions, but they're very slowly evolving. I'm just glad Nintendo hasn't left behind that local multiplayer experience, as that kind of gameplay seems to be an afterthought on other platforms. That in-person multiplayer action, while hard to put together nowadays, creates a magic that online just can't match. 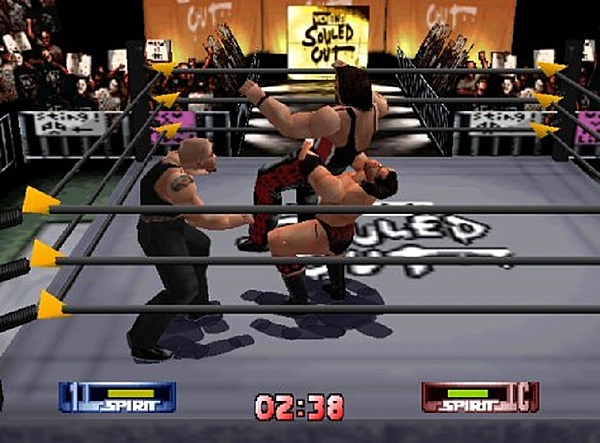 24 years later and my time with the N64 is still as fresh as ever in my mind. I definitely have memories of playing the NES/SNES/GameCube and so on with friends, but nothing sticks out like the N64. It was the first time we really got to experience a console that catered to 4-player, and it gave us experiences we had never had before. It was a beautiful thing to experience, and a moment in gaming history that I'll never, ever forget.

Crap! Just got an N64 (again) a week ago =D Haven't had the time to hook it up, but tomorrow after work it's Killer Instinct Gold time !!!

I was loyal to my n64. Even when my brother brought home a GameCube and hooked it up to our massive 20 inch tv, I stayed in my room trying to beat Paper Mario.

Man what a good article, thanks for writing it RMC. Really made me think back to the 64 days and memories I had playing multiplayer with friends. I think I can agree no other console did local better—both from a software perspective and overall experience. Really enjoyed reading it.

Bowser is a dinosaur, confirmed / canon

My favourite memories of local multiplayer are with the Download Play on DS. So many hours spent playing Mario Kart, Clubhouse and Mario Party...

Maybe it was just the time in my life when the N64 released, I would have been 10 years old, but it is my most fondly remembered console.

Coupled with the amazing single player experiences like SM64, Ocarina and Majora’s Mask, Turok 2, and more. The N64 holds a special place in my heart.