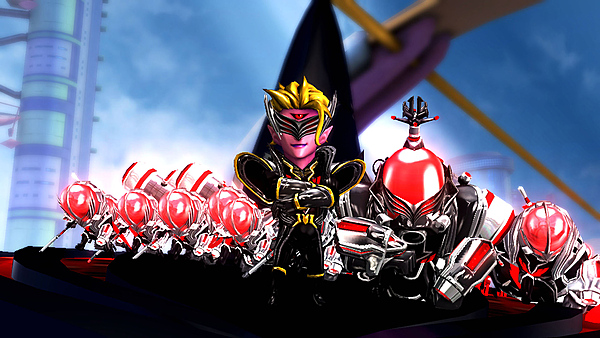 Over the last few weeks, there has been an angry sentiment growing over on the Wonderful 101: Remastered Kickstarter. There are a number of people who haven't received their physical copies yet, and furthermore, they're upset that they're being hit with some extra fees.

As the physical copies are being shipped out from the United States, that means there are some regions that have to pay extra customs fees/regional tariffs. This can result in nearly $20 in extra charges to get the product you backed. There are quite a few people over on the Kickstarter saying this information wasn't clear, and they're not happy with having backed the game, and now needing to pay more to get it.

Some have pointed out that almost all Kickstarters for games include this information in the FAQ section, and it's a pretty standard part of the process. That lead to others stating that while the FAQ does include this info, it wasn't mentioned in their until 9 days after the Kickstarter went live, so thousands of people had already pledged their funds.

Platinum doesn't appear to have commented on the matter yet, and truthfully, I'm not sure there's anything they can do. This leaves a decent chunk of fans waiting to get their physical copies, and not wanting to pay extra, or even being unable to in some circumstances.

Thanks to UnholyGrape for the heads up!
Source: Link
Rating: -1

This is why I’m so hesitant to support Kickstarters even when it’s for a game I want to see happen. Not knowing if you’ll even get the game you help fund in the end, when you’ll actually get it in your hands or what unpleasant surprises might appear down the road just put me off.

The problem seems to be with The Yetee. Normally other Kickstarters use someone like Fangamer to do the fulfillment and they then mark it with a low cost so that the receivers don't get hit with a big customs cost plus the extra fee from the shipping company. I live in Canada and backed a bunch of stuff on Kickstarter and never got hit with customs fees from receiving my backer items. I don't know if Yetee will be the one that gets me hit with them now.
The biggest problem with this Kickstarter, especially for those in the UK and such, is that the physical release was very late. Obviously that's because of COVID-19. The hurt comes from the digital release being out for over a month. Granted, they gave PC keys, but that's not so great if you don't have a decent gaming PC. The salt in the wound after the big delay is those customs fees. It would've been cheaper and faster to just have gone digital or even pick it up in store.
It's like getting charged extra when your food order comes late to the table and everyone else has already eaten and left.

I’m in Canada as well and received my copy on Friday and I wasn’t charged any duty, so there’s hope for you too!

How on Dearth could this happen?!