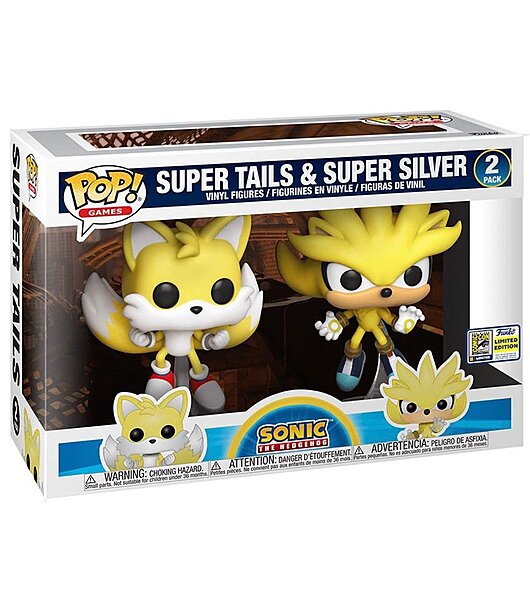 Earlier today, Funko revealed flocked Mewtwo and Vulpix Funko POP! figurines. Looks like that's not all they have in the works.

The company has also revealed two more POP! figurines that were part of their Comic-Con plans. Super Tails and Super Silver are in the works, and they're going to be sold as a two-pack. No word on pricing or release date yet, but they should be coming in very soon.

Super tails looks plain without the birds flying around him.