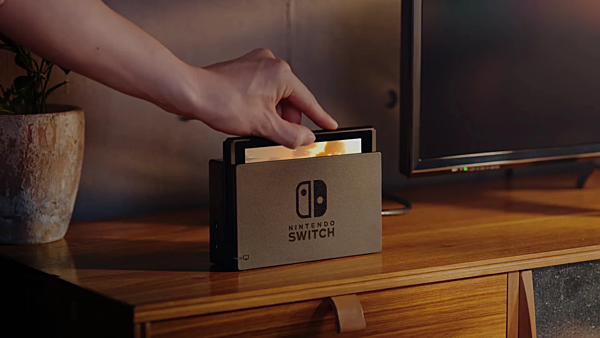 The Switch has been a runaway hit for Nintendo, amassing millions and millions of units sold, with countless customers continuing to pick up the platform every week. In a Q&A with shareholders, Nintendo president Shuntaro Furukawa explained what's made the Switch a hit.

In Furukawa's mind, The Switch is a success for two reasons. First up, Furukawa believes that the introduction of the Switch Lite has really helped boost the signal of the Switch, opening up the customer base even more. Furukawa also says that Nintendo having just one platform to create games for has helped them focus development efforts, instead of splitting them as they used to do with console/portable games. The goal is to keep creating software and extend the system's lifespan.

Nintendo Director and Senior Executive Officer Ko Shioda chimed in with some thoughts on the platform's success as well. Shioda says that Nintendo focuses on fun experiences rather than the technical power of a console. This has helped woo all sorts of players, including families. In Shioda's eyes, these families coming together to play reaffirms the value of having a dedicated gaming console.

Thanks to Sephazon for the translation!
Source: Link
Rating: 5

I mean latest playstation exclusive isn't "intended to be fun"

Furukawa also says that Nintendo having just one platform to create games for has helped them focus development efforts, instead of splitting them as they used to do with console/portable games

Really I wonder when we are actually gonna see this take effect? Cause you remove all the Wii U ports and remakes and the Switch line-up isnt as plentiful as you think.

Not a bad line-up of First party games by any means. I enjoy a ton of these games but compared to the quantity of brand new first party games Wii, DS, and 3DS got in the same timespan on the market (around 3 years). Switch doesnt have nearly as many. Which to be fair HD development is a lot more intensive that being said Nintendo did have split gaming divisions back then and remember when we all assumed cause 2015 and 2016 were so barren on Wii U that Nintendo was putting full steam development into Switch software which was true. I guess I expected since 2016 was a barren wasteland we would have gotten a few more brand new original games on Switch in its first two years.

Also can we get more classic Nintendo franchise variety soon on Switch please? Getting kinda burnt out on mostly just Mario, Zelda, Pokemon, and Fire Emblem...

That is far more than the Wii U had at this point if you account for the scale of the games. Remember, a lot of what the Wii U had was genuinely not as ambitious as it could have been. Kirby Start Allies versus Rainbow Curse. 3D World versus Odyssey. Amiibo Festival versus New Horizons. So even for the Wii U teams, development times have increased with Switch. For the 3DS teams, that increase was massive. According to the director of SMT V, 3D modelling is taking them 5 times longer than it did on 3DS. So the massive walls that every dev hit when they started HD development on 360 or PS3, the walls Nintendo hit on Wii U, are the walls that those teams must get over now that they are going from 3DS to Switch. So we are seeing the benefits of the development teams combined, we would be seeing a lot less games on Switch if they had to support another platform. But Switch games have been, due to minor tech improvements from Wii U, and an increase in scale, requiring far more dev time than they had to deal with in 2014 on 3DS, or even Wii U.

The Switch it's one of the few Nintendo consoles that has had improved the third party support.

Indie development really mixes well with the Switch's philosophy moreso than other consoles.

Still to be honest. There first party support has felt more sparse, especially if you don't count the Wii U ports (which to be fair doesn't apply to most people that didn't own the Wii U). Though the quality of those games has improved.

EDIT: I would blame the mobile games. Since despite what they say, probably took some time from other games.

I agree, not a bad lineup but a little bit dissapointing for an unique Nintendo console in a 3 year timespan, and even though they are hitting the HD wall, Sony has more difficulties with the PS4 and still they have plenty of first party exclusives much more than Nintendo hitting the AAA development and hitting the 90 review scores meta.

I don’t need no stupid power console! In fact, Nintendo did a great job with the Switch and I enjoyed it everyday! Power to the Fun!