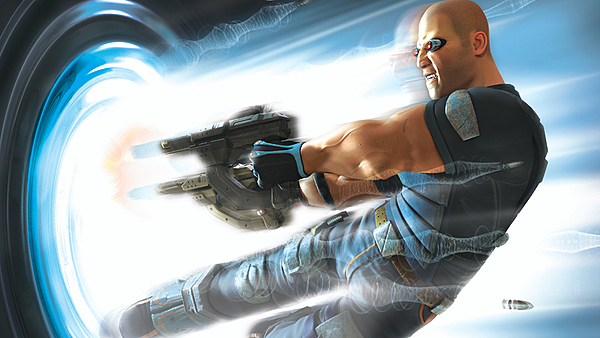 The TimeSplitters series had a very successful debut with the first game, but it seemed to struggle to find an audience with each subsequent release. People have speculated on why that is, and in a USGamer interview, dev David Doak shares his two cents.

Doak talked about TimeSplitters: Future Perfect in particular, which is the first installment published by EA. According to Doak, the game's failure to break through at retail was EA's fault.

"We did Future Perfect with EA and I think delivered an amazingly good game, but they didn't make the effort to sell it. And by that time Free Radical was a fairly big company, so we had a lot of mouths to feed. We were quite cross with them, to put it mildly."

It seems that EA instead turned their attention to promoting GoldenEye: Rogue Agent, which many would say is inferior to TimeSplitters: Future Perfect. The Bond name is certainly more recognizable, but the name alone doesn't make for a good game.

TimeSplitters was a great series and I'm sad more of them never came out.
Being able to create your own multiplayer maps was a super cool thing back in those times too.

Putting aside the good game in favour of another that's vastly inferior, just because the latter carries the name of a previously extremely succesful game. *sigh* Typical corporate bs