GoNintendo Thought: Jump Rope Challenge is everything I love about Nintendo

Been meaning to put together a write-up about this for a few days now, and I finally had the chance to. Just something short and sweet about Nintendo's latest quirky release. As always, thanks for reading. 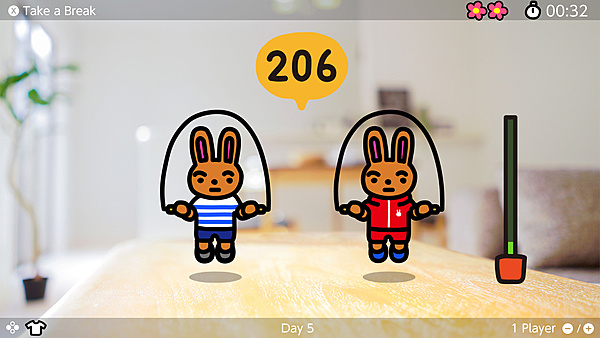 Back on June 15th, 2020, Nintendo released a brand-new game out of nowhere. No one knew the game existed prior to launch, as Nintendo hadn't made a peep about it. The game just randomly showed up on the Switch eShop, followed by a press release that explained what the game was all about. That game was Jump Rope Challenge, a free download that's all about jumping a virtual rope.

It's not often a game comes out nowadays that you can explain in just one sentence, but that's what Jump Rope Challenge is. All you do is jump a virtual rope while holding your Joy-Con. There isn't a nuanced story or deeper mechanics to engage with. It's you, an avatar that looks like a bunny, and a jump counter. It's ridiculously simple, completely odd, and the perfect example of why I love Nintendo.

One of my favorite things about Nintendo has always been their willingness to do whatever they please when it comes to software. Sure, they make big-budget show-stoppers like Super Mario Odyssey and The Legend of Zelda: Breath of the Wild, but they also love to make oddball experiments like Nintendo Labo. Nintendo never lets the market dictate what software they create next. It's all about starting from an idea that's both fun and unique, and then fleshing it out into something consumers can enjoy. 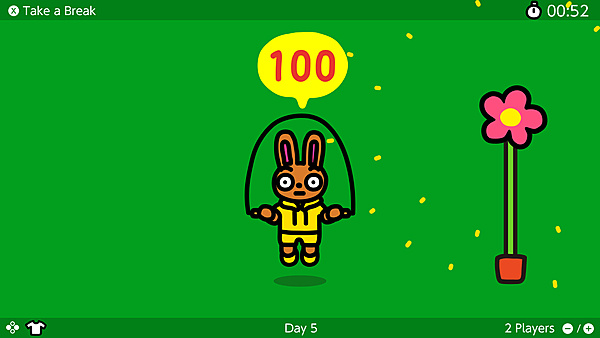 Jump Rope Challenge is a great example of Nintendo doing their own thing. It's not a game anyone was clamoring for, yet here it is. While fans wait for news on Metroid Prime 4 and The Legend of Zelda: Breath of the Wild 2, Nintendo gives us a game about jumping in place. Software like this makes some fans scratch their heads in confusion and grumble online about 'casual' games. Everyone is certainly entitled to their opinion, and that includes the gang at Nintendo. In their eyes, this was something worth bringing to the Switch.

The way Jump Rope Challenge came about is just as unique as the game itself. According to Nintendo, Jump Rope Challenge "was created by a small group of Nintendo developers while working from home as a simple game to add some quick and fun movement into their daily lives." Many of us have been spending a lot more time at home due to the pandemic, and that includes Nintendo's developers. This uncommon situation was the starting point for some of Nintendo's devs to create something that would have otherwise not existed.

Nintendo fans know that Nintendo loves to go above and beyond when it comes to player health. Countless Nintendo games take a moment to remind you that you should probably take a break from playing a game by resting your eyes, getting up to stretch, and so on. Nintendo also dabbles with exer-gaming on a somewhat frequent basis, most recently showcased with Ring Fit Adventure. While the bottom line of any company is to make money, I think it's fair to argue that Nintendo as a whole does seem to care about the well-being of players when creating content. 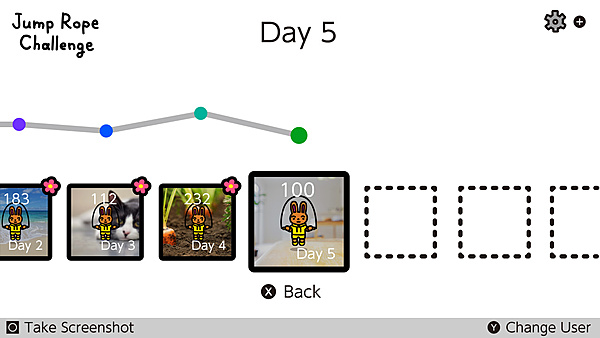 Jump Rope Challenge is the perfect example of that care. Just as Nintendo stated, the purpose of the game is to get players up and moving. The big difference here is that Jump Rope Challenge is absolutely free. Nintendo isn't making a dime off of any downloads for the game. That could change in the future, as Nintendo says the game is "free as a limited-time release until the end of September," but for now things are free. Obviously Nintendo always wants people interacting with their hardware, but when the content provided is free and the benefit is a healthier lifestyle, you have to applaud Nintendo at least a tiny bit.

Everything else about Jump Rope Challenge screams Nintendo as well. The presentation is extremely cute and colorful. The presentation, which features a hopping bunny that jumps along with your jumps, is simplistic in the best way. The one-note mechanic comes off as something only Nintendo would be willing to pursue. It's a completely weird and wonderful experiment that Nintendo saw value in, so they let it loose on the world. That's the kind of content that I love from Nintendo...the kind of content I feel you only get from Nintendo.

Jump Rope Challenge isn't going to be for everyone, and that's totally fine. The mere fact that Jump Rope Challenge exists will make some gamers mad, and that's okay too. They don't have to like the game, understand why it exists, or appreciate that it's around. While I wish gamers could let each other enjoy the titles they want without blasting them for it, that's a discussion for another feature. I'm just happy that Nintendo took yet another random chance with some completely off-the-wall software. It's what Nintendo does best, and with nearly 600 million jumps logged so far, it seems that plenty of people out there appreciate that weird, wacky side of Nintendo.

Little weird experimental games are actually what I like least about Nintendo. They’re too shallow. But I acknowledge that experimental games can be necessary and beneficial, I just don’t want to play them. If I never see another Nintendo mini game collection it will be too soon.

when i saw this pop up on my feed I had no idea it was by Nintendo - in fact I thought it was just another freebie game from a new dev to clog my Switch library with! So I was all kinds of surprised when I learned that wasnt the case. Of course I downloaded it, but shame on me as I havent played it yet. I hope it continues to be available past September because I had been led to believe it would disappear after that.

I hope this game is part of a Wario Wario game, which is long overdue on Switch.