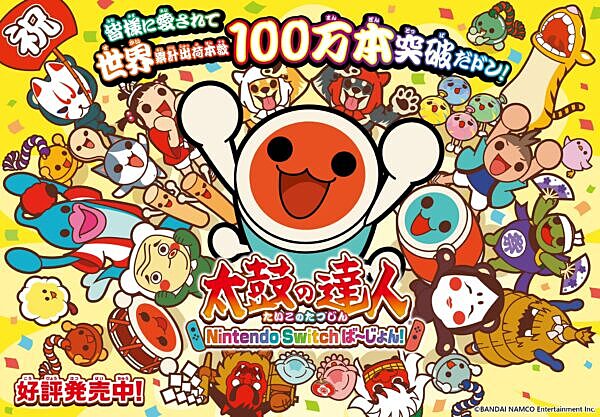 Bandai Namco has announced that Taiko no Tatsujin: Drum ‘n’ Fun has surpassed 1 million units shipped worldwide. That number includes physical copies and digital downloads. To celebrate the milestone, Bandai Namco announced a “I LOVE Games Pack” for free, which is coming out July 9th, 2020. The pack includes the following.

Along with that, Bandai Namco will release a free update this Summer that adds an “eSports Tournament” mode, which supports eight players in a bracket.

Music from Tales of the Abyss? Now you have my attention.