GoNintendo Thought: Remembering the phenomenon of Pokemon GO's launch on its 4th anniversary

Ah, the Summer of 2016. A magical time that I don't think we'll ever be able to recapture, but we can still look back on it fondly! That's exactly what we're doing today, to celebrate Pokemon GO's 4th anniversary. As always, thanks for reading. 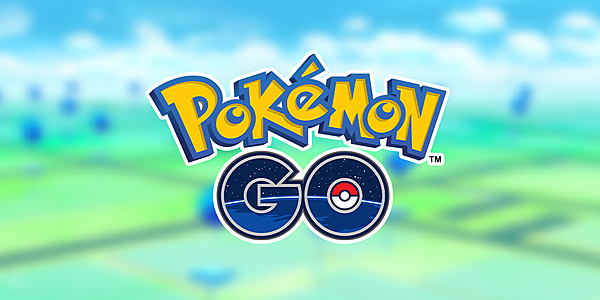 Believe it or not, Pokemon GO has been around for four years as of today. It's crazy to think that much time has passed since the augmented reality game hit mobile markets, but here we are. Four long years later and the game is still going ridiculously strong. It defied expectations, constantly reinvents itself, and woos trainers back every single month. To see the game continue to grow as time rolls on has been nothing short of amazing.

All that praise said, there's one piece of Pokemon GO history that will always stand out in my mind above all others. That moment comes from the game's initial launch in Summer of 2016. There was an insane amount of hype leading into the game's launch, and pretty much all parties involved knew it was going to be a hit. The thing is, I don't think anyone, be it players or developers alike, knew the game would become nothing short of a worldwide phenomenon.

I honestly can't think of anything else in pop culture during my lifetime that measures up to the launch of Pokemon GO. There have been big moments like the release of Avengers: Endgame, where millions of Marvel fans came together to enjoy the culmination of a cinematic universe. There were other crazy popular trends like Pogs and Beanie Babies, which dominated the market and moved ungodly amounts of units. All those moments in pop culture history are important, but I feel they pale in comparison to what Pokemon GO managed to do.

Pokemon GO releasing became a hallmark moment for the Pokemon franchise. The hype behind this game was absolutely humongous. Fans who had stayed with the franchise since day one were chomping at the bit to give it a go. Lapsed players couldn't resist the pull of what Pokemon GO was offering either. A chance to take Pokemon outside of the confines of traditional gaming hardware and move into the real world seemed surreal. It was something that was just too good to pass up.

Those fans, from longtime to lapsed, are what gave Pokemon GO its initial boost right out of the gate. They were the first wave of players to give the game notoriety. Millions of fans put a stranglehold on the game from day one, bringing servers to their knees, causing login issues, and making the game pretty much unplayable. You might think that would be the death knell for a game, but it was this attention that put even more eyes on the experience. When something starts off as hot as Pokemon GO did, and then others are interested in trying things out only to find they can't get in, it just makes the hype build up.

The way in which Pokemon GO is played also helped it ride to a new wave of popularity as the Summer months rolled on. Pokemon GO was a game that promoted itself. It put players out in the real world, walking the streets with their phone in hand, interacting with the environment. Anyone else around Pokemon GO players couldn't help but notice what they were doing. You saw groups of people wandering around, making lots of noise and laughing, and you were automatically intrigued. You wanted to know what those people were doing, and you wanted a piece of the action.

That early buzz just continued to grow and grow. In just a matter of weeks, it seemed impossible to avoid Pokemon GO if you went outside. Every corner you turned, every store you visited, you were going to see people playing. Everyone already had a cell phone, and now they were all using them to hunt down Pokemon for their collection. The game reached more and more people through word of mouth, and people poured in at a ridiculous rate. It was an absolute explosion in popularity unlike anything else. 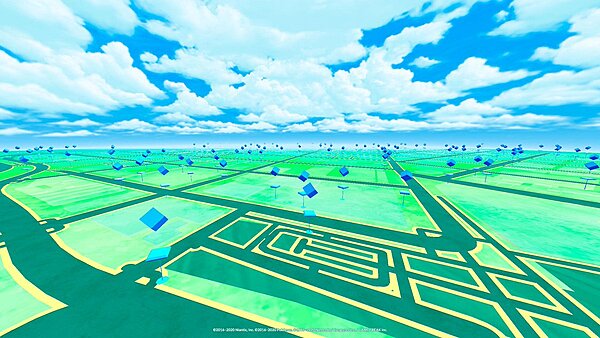 I will never, ever forget that first Summer with Pokemon GO. I happened to be on vacation in North Carolina's Outer Banks at the time. I was in a house with roughly 20 family members, and almost all of them were playing Pokemon GO. We'd hit the beaches to wander around and collect Pokemon, track them down while we were shopping at the outlets, and wander the strip late at night to see if we could snag one of the more elusive catches. It was such a bonding experience, and it was truly lovely to see everyone coming together to enjoy the same thing.

That idea of a shared experience only grew when we went into more highly-populated areas. Going out to dinner would connect you with hundreds of other people playing. You'd talk with people in line who were sharing tips on where the hot areas were. You'd try your best to take over a gym, only to have your Pokemon defeated just minutes after your success. You could hear the quiet hum of the Pokemon GO theme everywhere you went. It's not an exaggeration to say that for that Summer, Pokemon GO was almost everywhere.

Seeing so many people out in the world sharing the same fun...it was honestly beautiful. Everyone was getting joy from the same thing. Everyone was coming together and connecting in a way that doesn't usually happen. People were hitting the streets and parks, neighborhoods and cities to get some exercise and go on a hunt. Pokemon GO was THE thing to do that Summer. It was almost inescapable, and became a part of daily life for many months to come.

TV news programs were sharing stories about Pokemon GO popularity. Political candidates were discussing it in their speeches. Live-streamers were taking their shows on the road to capture Pokemon. Newspapers had massive features on the game's success. Every facet of pop culture was talking about Pokemon GO, and hundreds of millions were taking part in the sensation. It will forever be a moment in not just video game history, but entertainment history.

Looking back on that Summer launch now almost brings a tear to my eyes. I have such vivid memories of walking down streets with my fiance with a gobsmacked look on my face. I couldn't get over the fact that people everywhere were playing. I can't accurately express how it made me feel, or write about it eloquently. Something about seeing everyone join together for a bit of fun, forgetting their worries for a Summer...it really was something else.

While Pokemon GO isn't going to hit that same level of phenomenon ever again, I'm so happy to see that it remains extremely popular. There are still millions of people playing, and they're helping the game reach new heights in terms of revenue and success. The way Pokemon GO has reworked itself time and time again since launch, adding new features and tweaking elements, has been extremely impressive. It's helped to not only retain original players, but foster a new group of trainers as well. Niantic in particular has done a fantastic job adjusting the game to players' needs, especially in today's unique circumstances. While there have been some bumps along the way, I think overall they've done a job well worth some praise.

There have been a lot of great moments in gaming history, but Pokemon GO's rise to success could very well be my favorite. It was a moment in time that will most likely never be repeated. I'm just happy I got to be a part of that moment, and will have the memories for the rest of my life. 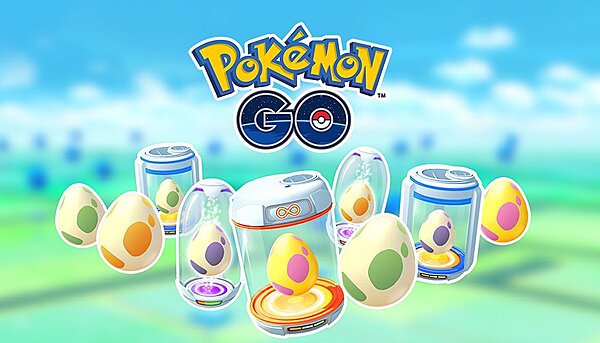 Yes. Didn't matter what city or country you were in July/August 2016, plazas and squares were sure to be crowded with people hanging out playing and talking about Pokémon Go. And the feeling of the game kind of matched with the excitment around the Rio 2016 Olympic Games. It was a great and unique time indeed!

I stopped my daily log-ins to Pokemon Go just two weeks ago. I just wasn't getting enough out of it during home lockdown. But I sure do have fond memories of when the game started up. It was fun that complete strangers knew why I had my phone out and were asking me if anything good was in the area.

It was a magical time. Plain and simple. For once, everyone had something in common to discuss and have fun with.

It was so amazing. I really enjoyed reading your thoughts on this, RMC. I'll be remembering that summer for the rest of my life.

Oh man. This is one of those moments we have the same train of thought. When I clicked this story at the top of the page, I was thinking about how to describe it then settled on, you guessed it, magical. This would definitely qualify as one of those "moments" like when the Wii was released. But maybe even more. I have never seen anything bring everyone together like this did, and I mean everyone. Not just kids or people who play games - EVERYONE. I don't know if I'll ever experience anything like that again in my lifetime, and that's a little sad. I know we have to (and should) keep our distance right now, but we could really use something like this again. I still play a bit here and there, usually if I have to run an errand. But man what I would do to experience that original sensation again...