While I love Nintendo, a lot of things about the company confuse me. This is one of those things, and it only confuses me more as time rolls on. I had to write about it to get things out, as the topic has been driving me nuts! As always, thanks for reading.

When you look back on Nintendo's history, there are a ton of major hits and a small amount of misses. When it comes to those misses, there might not be one greater than the Virtual Boy. Nintendo's black-and-red, pseudo-3D device seemed to stall right out of the gate, and never got anywhere close to recovering. The system saw just 22 games released for it, and only 14 of those made it to North America. While the Wii U might stick out in the minds of Nintendo fans for failing to find a market, the Virtual Boy was a far bigger disaster.

While the Virtual Boy's library was absolutely minuscule, there were still some fun titles in the mix. 3D Tetris proves once again that any version of Tetris offers up some fun, Teleroboxer gave us a new perspective on Punch-Out!!-style games, Red Alarm impressed with its virtual landscapes and shmup action, and so on. All that said, there's undeniably one title that stands head and shoulders above all the others. That would be the oddly-named Virtual Boy Wario Land.

When Virtual Boy Wario Land came around, the Wario Land series was actually quite new. We got introduced to Wario in Super Mario Land 2: 6 Gold Coins, and saw Wario take the lead in Wario Land: Super Mario Land 3. Outside of that, that was it for the Wario Land series. It was clear Wario was gaining in popularity with fans, thanks to the completely different take on Mario in terms of character design, as well as the new gameplay mechanics Wario offered. That's why giving Wario another outing made perfect sense at the time. That early wave of Wario momentum led us to Virtual Boy Wario Land. 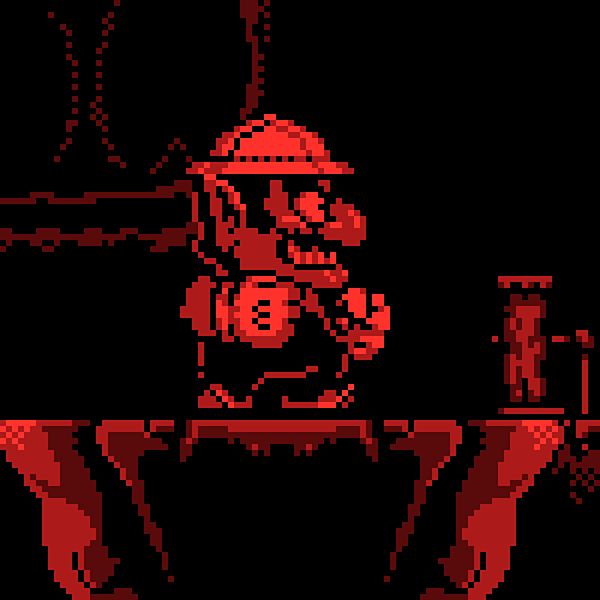 When you strip away the 3D visuals of Virtual Boy Wario Land, you are left with another fantastic 2D Wario game. A line of titles that Nintendo seems to have forgotten in recent years, mind you. Wario sets out on yet another adventure to hunt down as much treasure as he can, unearthing hidden rooms filled with collectible items and more. Along the way you'll take advantage of unique Wario abilities that he gains through hats. Wario can get an Eagle hat for a mid-air dash, Bull hat for a super-charge, and a Dragon hat that lets him breath fire. Wario has to make use of these power-ups to hunt down a key in each stage, which unlocks an elevator that provides access to the next level.

Of course, Nintendo set out to make use of the Virtual Boy's 3D capabilities with Virtual Boy Wario Land. Levels are filled with special blocks that let Wario jump from the foreground to the background and back. This lets you access new platforming challenges hidden in the background, visit new areas of a level, and even find secret treasures. The 3D effect was also used during boss battles, which were combined with some pretty impressive sprite scaling. You would deal with baddies that were far off in the distance, including a fight across a flooded cavern, a creature that leaps between sand dunes, and more. Throw in some mini-games between stages that make use of 3D as well, and you had a real tour de force for the platform.

Now do those features make it impossible for Virtual Boy Wario Land to exist outside of the Virtual Boy? They definitely don't, as they're little more than visual trickery to show off what the system can do. It might be a tad easier to judge distance on attacks during boss battles, but it's nothing that couldn't be easily handled in traditional 2D as well. The same goes for the background/foreground jumping mechanic. It definitely gave us a new gameplay mechanic that games hadn't used at the time, but it's not something where you need 3D to enjoy it. You can still see what's going on in 2D perfectly fine. 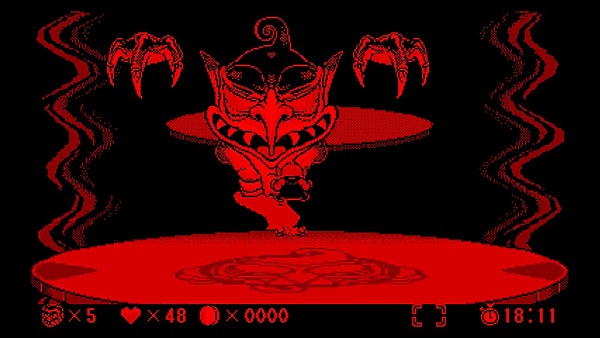 It's that tidbit that brings us to a rather interesting part of this whole discussion. There's another developer out there who felt that Virtual Boy Wario Land deserved to exist outside of the Virtual Boy. Jools Watsham, the head honcho at Atooi (formerly Renegade Kid), had a desire to see Virtual Boy Wario Land get another shot at finding an audience. Watsham was the perfect dev to handle such a project, as his own Mutant Mudds series enjoyed the exact same mechanic as Virtual Boy Wario Land. Mutant Mudds lets you jump back and forth using special blocks as well. Watsham new how to work with the mechanic, understood the intricacies, and even made the feature work on non-3D platform like the Wii U.

Obviously, there's another reason why bringing back Virtual Boy Wario Land made perfect sense. Many years after the Virtual Boy, Nintendo returned to the idea of 3D gaming with the 3DS. A portable platform that let you end 3D stereoscopic visuals without the need for glasses. Even better, it did away with the Virtual Boy's red-and-black visuals in exchange for full color. The 3DS eliminated all the struggles the Virtual Boy presented in order to bring 3D visuals to the masses. Whether you played with 3D or not, or even liked the feature, there was no denying that it worked. 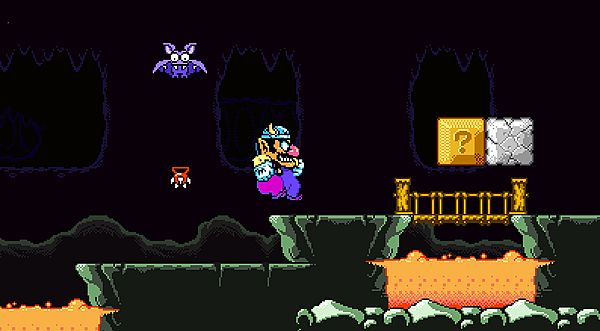 It was the 3DS' existence that convinced Watsham it was the time for Virtual Boy Wario Land to return. Rather than just pining for a release, Watsham took on the project himself, working up the above revamped version of Virtual Boy Wario Land. According to Watsham, he pitched the idea of remaking Virtual Boy Wario Land for the 3DS to Nintendo, giving the game a color makeover in the process. Unfortunately, Nintendo had turned down the pitch and that was that. No reason was ever given for Nintendo shooting down the idea, which only makes the entire situation that much more frustrating.

Nintendo not giving Virtual Boy Wario Land another chance to shine on other platforms is one thing. Nintendo not doing a re-release of Virtual Boy Wario Land for the 3DS is an absolute travesty. How on earth do you create a new platform capable of glasses-free 3D and not bring over the true gem of your software library from the Virtual Boy? It seems like a no-brainer decision, yet Nintendo never bothered to make it happen. They didn't tackle the project on their own, nor were they willing to work with a third party to make it happen. It's an absolutely baffling choice that only gets more frustrating the more you think about it.

So what is it that keeps Virtual Boy Wario Land from getting another shot? I have zero clue, which is what makes the situation so anger-inducing. It stars a character that is important to Nintendo, it has only grown in praise since it originally released, and it never had a chance to find any sizable audience. Virtual Boy Wario Land turned out to be wasted effort on Nintendo's part, which obviously wasn't the plan. We saw that Nintendo wasn't willing to let that happen with their Wii U software, which is why they've brought over so many of their Wii U titles to the Switch. That decision lead to increased sales for almost every single title that got ported. Why hasn't Virtual Boy Wario Land ever gotten the same treatment?

Could you imagine if Nintendo announced a Virtual Boy Wario Land remake for the Switch? If Nintendo went with an eShop-exclusive launch for the title, I could only imagine how big it would be. For many, this would be a brand-new Wario game in a traditional style. I can't fathom it requiring a ton of work to bring over to Switch, and it seems like the title would be a surefire hit. Fans would absolutely jump at the chance to play this part of history they never had the chance to enjoy. No matter how many different ways I look at the situation, I see that all the pieces of the puzzle are there. Fans would be shocked and excited to see it, the digital distribution would cut down on expense, and the game's design is still solid rock-solid 25 years later.

Nintendo, it's time to do Virtual Boy Wario Land some justice. The game is a part of your history that so many never had the chance to play, and there's no doubt they'd love to give it a go. It's crazy to think that something like the never-released StarFox 2 actually saw launch so many years later, yet a game like Virtual Boy Wario Land can't get another shot. The fans deserve it, the character deserves it, and perhaps most importantly, your hard work deserves it! Virtual Boy Wario Land is a fantastic game that stands the test of time design-wise. Give players the opportunity to go hands-on with your diamond in the rough.