Classic Mother 3 interview with Satoru Iwata gets a fan translation 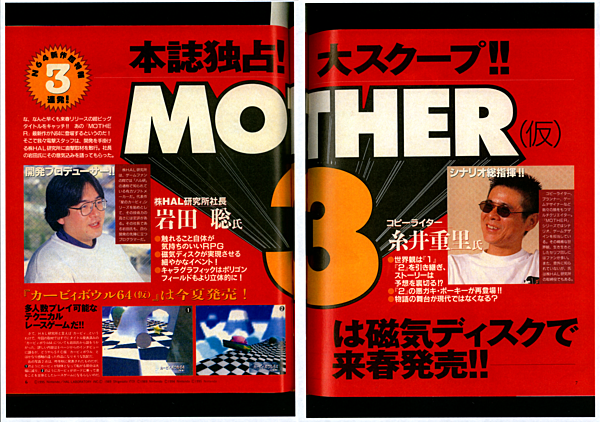 Think you've seen, heard, and read everything there is to know about the development of Mother 3? Well that changes today, as the very first interview ever conducted about the game has been translated, and it features none other than the late, great Satoru Iwata.

The first interview for Mother 3, back when it was an N64 title, was conducted in the July 1996 issue of Dengeki Nintendo 64. In that feature, Iwata discusses the Mother series in general, as well as some tidbits about the upcoming sequel. You can check out the full interview here.